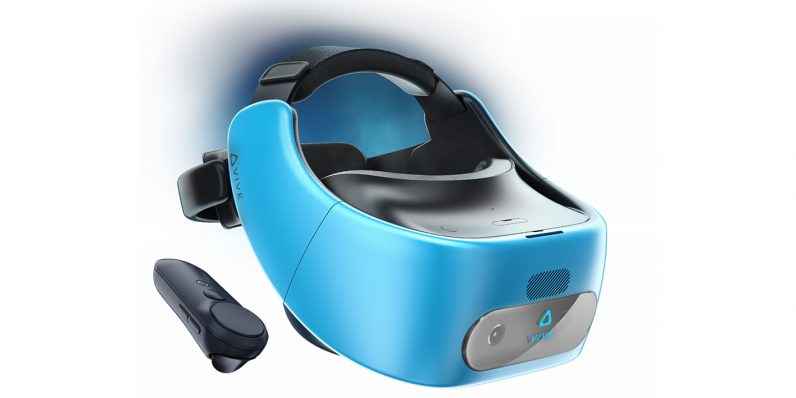 HTC unveiled its Vive Focus all-in-one VR headset in China today, with a bold design, a handheld controller and the ability to allow users six degrees of freedom as they explore virtual environments.

It features an AMOLED display, and is powered by a Snapdragon 835 chip, the same processor that’s in many of this year’s flagship phones. It also comes with front-mounted depth cameras to allow for what’s called world-scale inside-out tracking (so your movements in the physical world are accurately mirrored in a VR space). All that works together to let you enjoy VR experiences without having to connect a phone or PC.

HTC also noted that you’ll be able to access content from its Viveport store, and promises that more experiences will soon become available now that it’s launched its new Wave VR platform and toolset to let developers create and publish content that’ll work across VR hardware from multiple brands.

As the company focuses its efforts on its new headset and platform, it’s presently shelving plans for its Google Daydream headset at the moment.

HTC is yet to reveal details about the Vive Focus’ pricing and availability. It’ll only be sold in China initially, but hopefully it’ll arrive elsewhere later on.