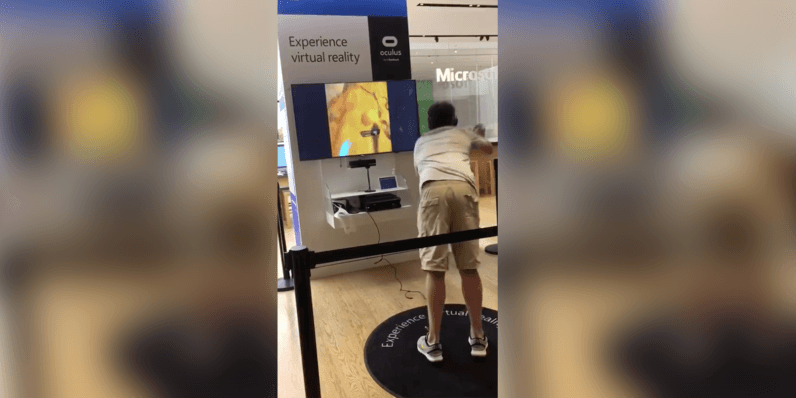 One day, we’ll have an entire Tumblr account for hilarious VR accidents, but until then, George Takei’s Facebook account will have to do. Takei, the Star Trek alum and current boss of sharing things on Facebook, recently shared a video of a man attempting to conquer a virtual cliff while inside an Oculus headset; it didn’t go well.

While climbing up a virtual mountain, the unnamed user had an unexpected fall — both in-game and in real life. The fall was a minor one, and it seems nothing is hurt but his pride.

Perhaps the funniest part of the video is what’s happening in the background. If you look closely to the rear-right of the screen, you’ll see two men in blue shirts (Microsoft employees) pop up to assess what just happened before disappearing behind the counter again.

TNW originally published this piece in November of 2016. And we still find it hilarious.

Read next: Sony's movie censorship initiative is a middle finger to art