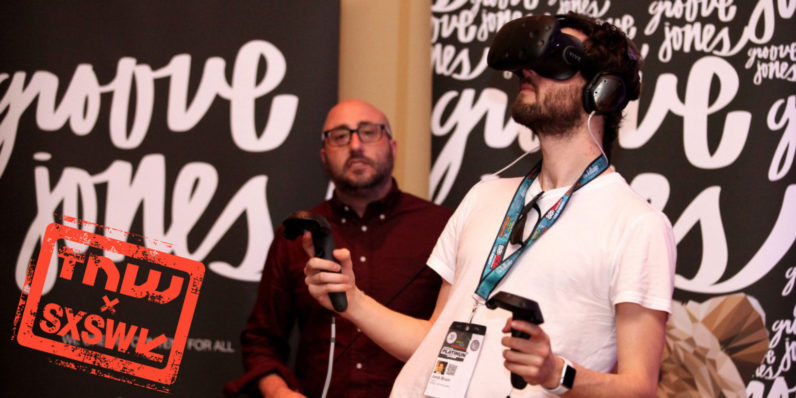 2016 was the year of VR. If you took that to mean the beginning of the VR age — a glorious time where headsets fly off the shelves and everyone runs to the nearest gaming rig to plug in — you’d be wrong. We’re only a year into this so-called “next big thing” and it’s hard not to notice signs of dwindling interest.

If CES was VR heaven — featuring accessories, games, and everything else you can slap a VR label on — SXSW is its fiery underworld equivalent. Just two months later, the excitement has faded, and it’s time to take your headset out to pasture. It’s over, and the only thing that remains are publishers trying to squeeze every last dime out of a trend that never really caught on.

It’s not VR’s fault. It seems consumers just weren’t ready, nor was the technology. In fact, there are dozens of reasons analysts will find to explain VRs failure, but there are really only a few that are important.

Of the “big three” headset manufacturers, Sony was the clear-cut winner in 2016, selling more than 745,000 units. Oculus managed to sell just under a third that amount (243,000), while HTC shipped 420,000 units, according to SuperData Research.

Sony’s dominance detailed the problems Oculus and HTC face moving forward. Both are a third-party solution to existing hardware, and expensive hardware at that. Sony, on the other hand, kills the barrier to entry problem by offering a plug-and-play solution to hardware millions already own. At $399, it’s a cheaper — albeit under-spec’d (when compared to Oculus and HTC) — option that taps into an established ecosystem full of gamers looking for new experiences.

Spending thousands on a gaming PC is nothing new to gamers.

Adding a $600-ish VR headset is a drop in the bucket compared to the money some have tucked away inside PC cases with flashing LEDs, high-end components, and enough fans to cool a small server farm.

This is Oculus and HTC’s market, and one both have done reasonably well to tap. The problem, however, is that most casual gamers are of the console variety.

Sony shot out of the gates, but it’s only as good as the content it offers. So far, we have a handful of release titles, and one blockbuster: Resident Evil 7. Adoption will inevitably slow if Sony doesn’t pick up the pace, and unfortunately, there’s really not all that much on the horizon to be excited about. For Sony, this is bad news. It needs more content at a time when developers are shifting away from VR just as fast as they embraced it.

RocketWerkz LTD., creators of “Out of Ammo” — a $20 VR game — have recouped only 60-percent of the estimated $650,000 it cost to make the indie title. According to Dean Hall, the company’s chief executive:

The future of virtual reality is very bright, but in the short term, it’s not where we see ourselves. The return on investment is not enough for us.

Voyager Capitol offers another cautionary tale. After investing in Envelop VR — a company that allows users to interact virtually with traditional desktop apps — the company closed the doors last month after raising more than $5 million, according to Erik Benson, a senior partner at Voyager.

“All the enthusiasm from VR manufacturers and developers just hasn’t been met with the same volume from the consumer market,” said Shauna Heller, founder of advisory firm Clay Park VR and a former developer relations specialist at Oculus.

The path forward for higher-end manufacturers seems to be in bundled hardware. Sony is the clear favorite here, but both Oculus and HTC have explored bundles that include the headset and a PC capable of running it. Unfortunately, these are still $1,500-plus solutions, compared with half that for a PlayStation console and a PS VR headset — although it’s probably the worst option of the three for the hardcore gamer.

Until a VR enthusiast can walk into a local Best Buy or Walmart and plop down a fixed amount that includes a beast of a PC bundled with a high-end headset, the market is going to continue sluggish growth until it stalls altogether. If you want to pick up the pace, you have to hit consumers where they are — mobile devices. There are only a handful of machines capable of such a feat so far, but it’s clear this is the path forward. You’ll have to hit the laptop market, or beg and plea with consumers who’ve long-since abandoned desktop PCs to take a step back in time.

It’s a stretch to believe this is even a possibility.

By all accounts, none of these solutions are the answer. Instead, consumers are turning to smartphone-friendly solutions like Google Cardboard, or Samsung’s Gear VR. Like Sony, both offer a solution to use existing hardware without breaking the bank on upgrades — assuming you have a flagship smartphone. Smartphone VR solutions offer another benefit too: it’s easier to demonstrate the experience. Unlike PC or console-based solutions, you’re typically carrying around all you need in your pocket. Just plug in a viewer, and you’re experiencing VR within minutes.

Trade shows like SXSW are the perfect example of tone deaf manufacturers ignoring consumer demand. As headsets from Google and Samsung continue to get more approachable, HTC and Oculus are quickly on their way to a fork in the road.

On the right, compromise. The left, obscurity.

Read next: Sony will bring PS4 games to your PC via PlayStation Now