You’d be forgiven if you were to assume Resident Evil 7 was worth skipping. Resident Evil 6, in my opinion, was a disaster that left hardcore fans of the survival horror series wondering if we’d seen its best days.

The amalgamated blend of intense action scenes with never-ending firefights, driving sequences, and a convoluted storyline that saw seven protagonists weave a tangled web of intermingled plot lines was, to put it mildly, a departure. It’s not that the game was terrible, it’s just that Capcom proved definitively that bigger doesn’t always equal better.

Resident Evil thrives on strategy and atmosphere, not over-the-top action scenes and gunfire. Resident Evil 7 is a return to form, and the series’ best entry in years.

Starting innocently enough, our protagonist, Ethan Winters, views a love note of sorts from his wife, Mia. Once Winters shuts the laptop, you just have a feeling its about to go down. The room is dark, the laptop looks like its seen better days, and you just know something terrifying is about to happen. It doesn’t, not yet anyway, but weaving your way through the bayous of Louisiana on your way to find your missing wife sets the scene and what comes next is a masterful blend of storytelling and anxiety.

And we’ll just say everything is not as it seems once Ethan arrives. 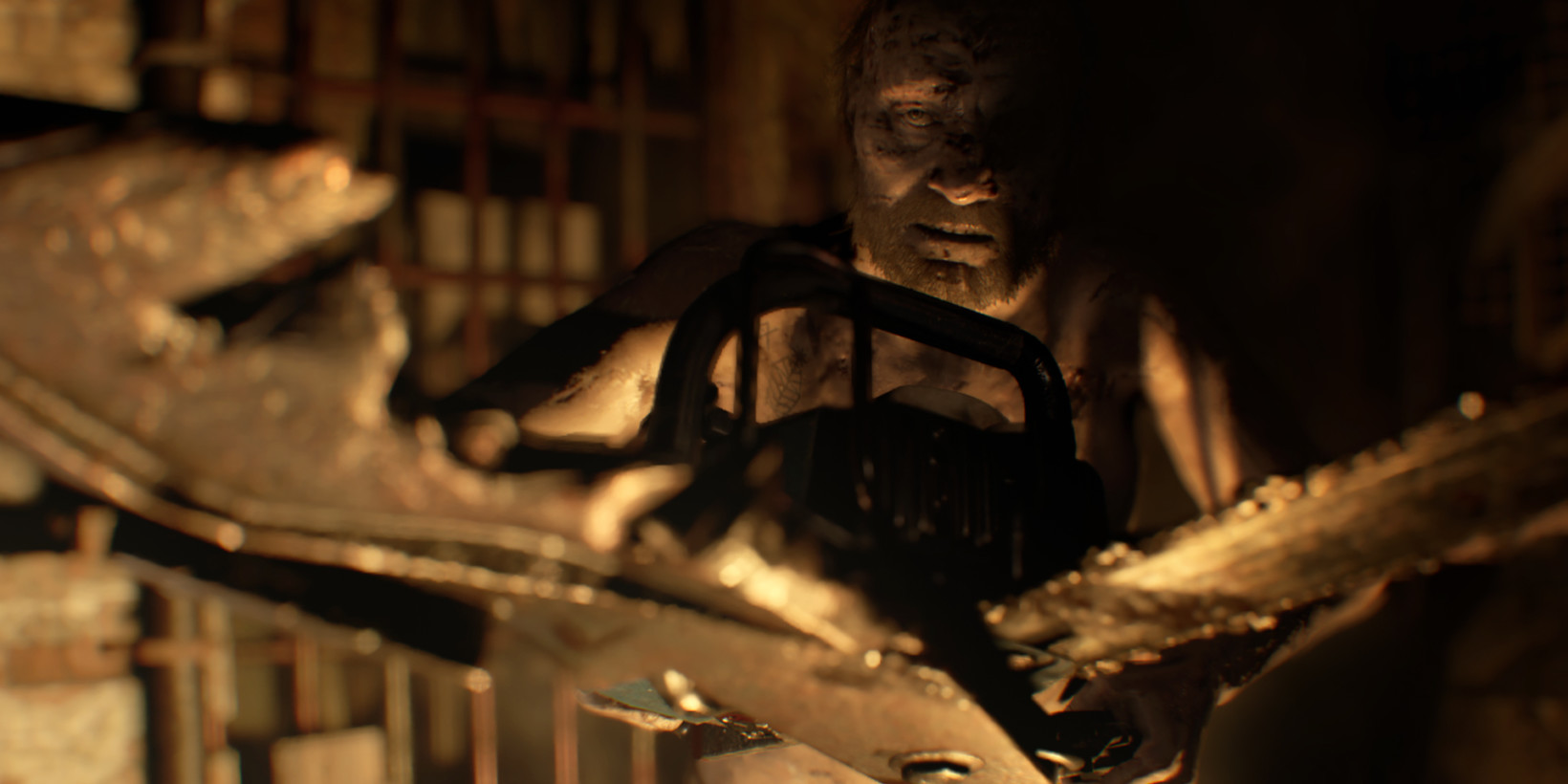 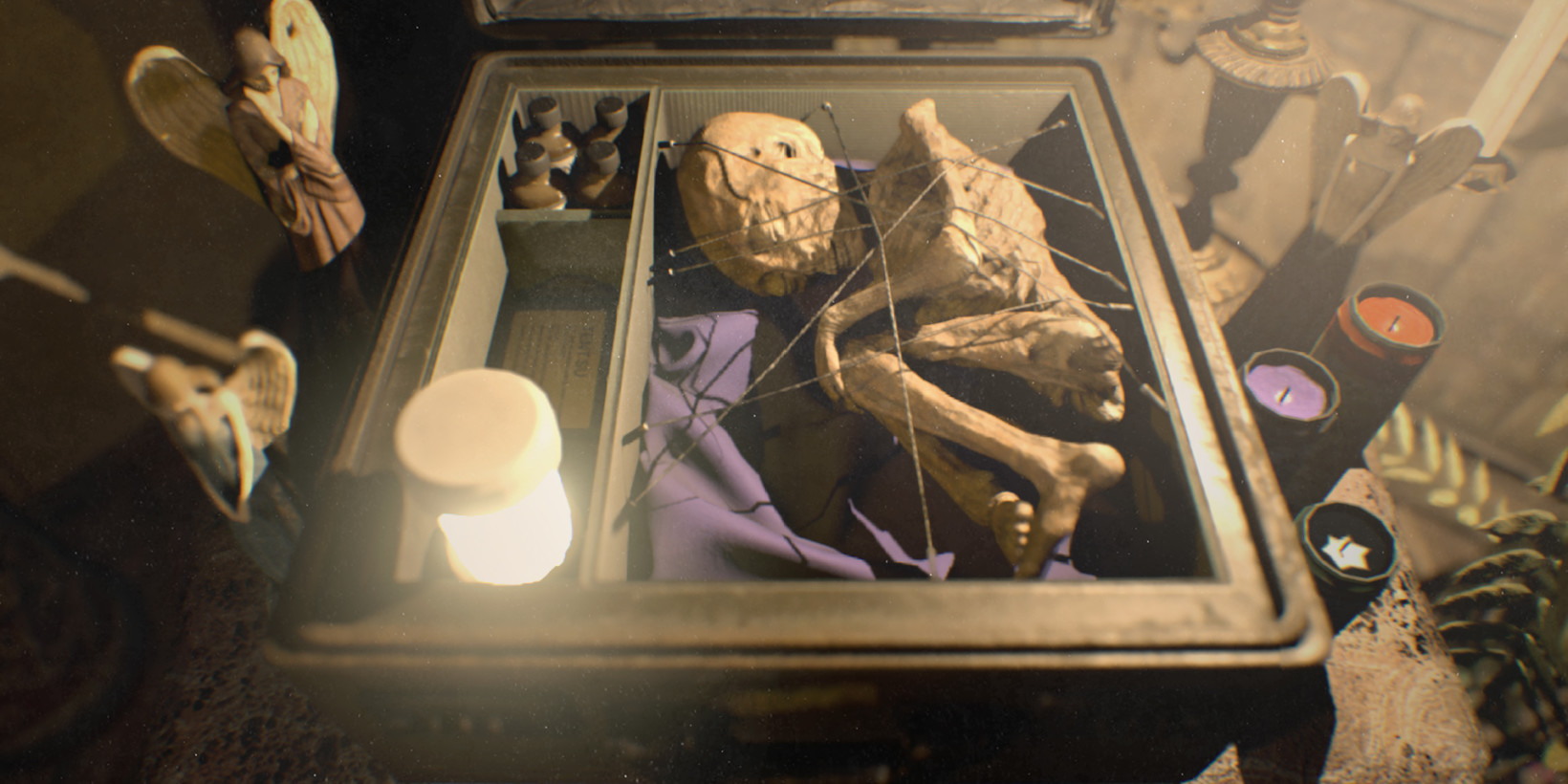 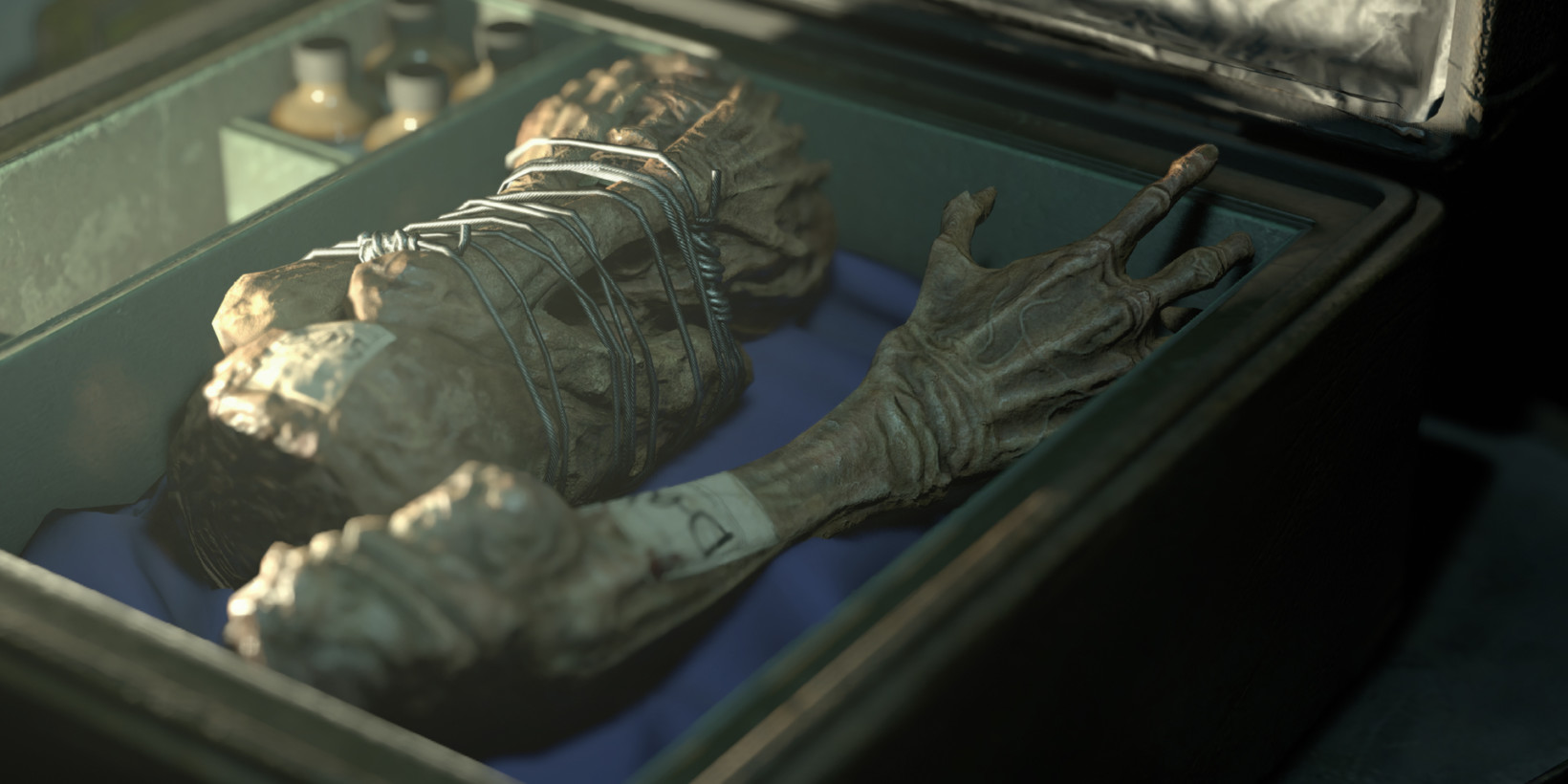 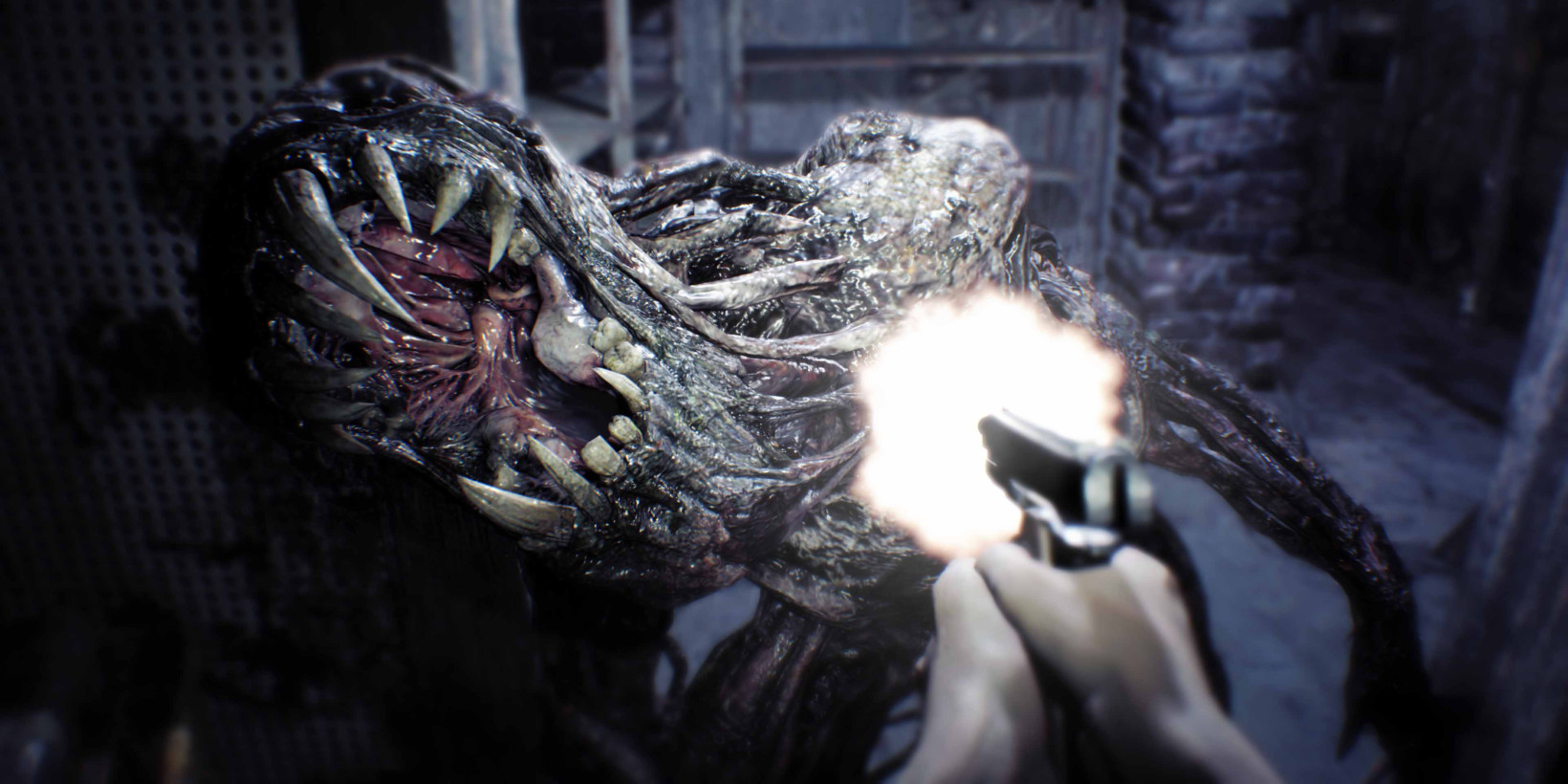 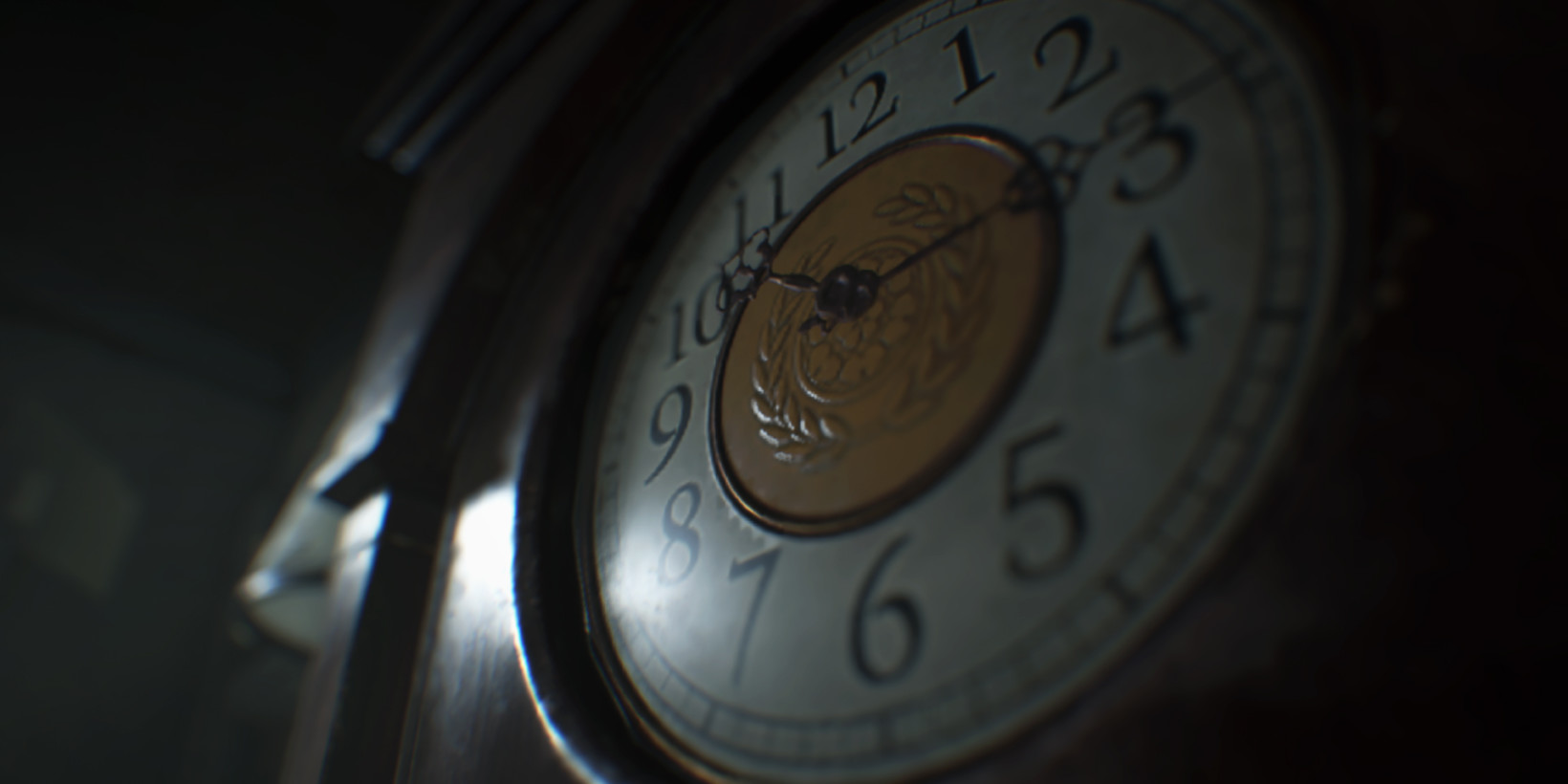 The next several hours are spent exploring the Baker Residence and hiding from a family of murderous cannibals. It’s a throwback to the original in the sense that most of the action will take place in one large residence you’ll — over the course of several hours — get very familiar with. You’ll know every stairway, memorize every secret passage, and comb each dark corner for resources you undoubtedly missed the first time around.

It’s not the zombie survival series we’re used to, and this certainly isn’t Raccoon City, but Dulvey, Louisiana (and the Baker Residence) plays host to one of the creepiest backdrops I’ve seen in a video game to date. And seriously, it is scary. Whether wading in chest deep water through a crawlspace, or avoiding chainsaw toting crazies, the game gets solid marks for creating an environment that never allows you to be completely comfortable. I don’t remember being scared by a Resident Evil game since ‘Nemesis’ back in 1999, but the current iteration left me nearly leaping off the couch in a few unexpected moments.

Resident Evil 7 provides a path forward from the mediocrity we’ve become accustomed to in the series. Its grindhouse style signifies evolution without completely departing from the tried and true formula we’ve come to love: explore, acquire resources, and decide when best to use them to avoid, well, death.