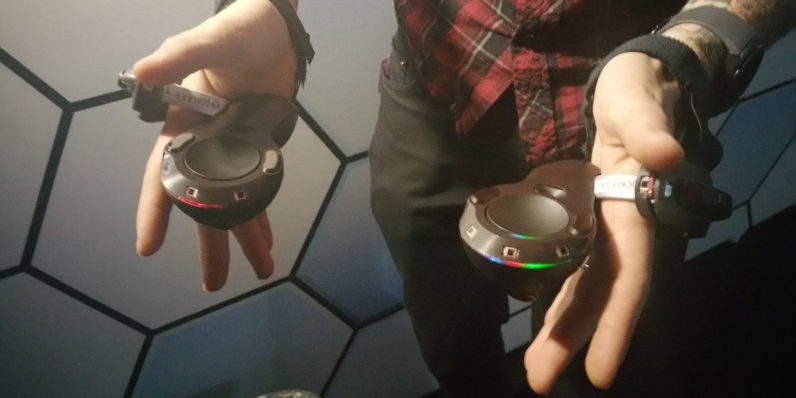 At its ongoing Steam Dev Days conference in Seattle, Valve showed off prototypes of its handheld controllers designed for use with VR headsets, and they look pretty interesting indeed.

For starters, they’re a lot smaller than the ones that come with the HTC Vive and they strap on to your hands instead of requiring you to hold them firmly while in use.

Road to VR noted that this design could allow you to throw virtual objects using the natural muscle memory of opening your hand as you hurl them through the air, which feels more natural than when you’re carefully gripping a strapless controller and trying to remember not to let it go in real life.

Valve’s controller also recognizes when your hand is opening and closing, which should let you pick up, manipulate and place objects in a more natural way than before.

It’ll be interesting to see where the company goes with these, and how the controllers will help make for a more immersive VR experience. Valve hasn’t announced any release dates and it isn’t clear when we’ll see more of its controllers – but we’re certainly going to keep an ear to the ground.