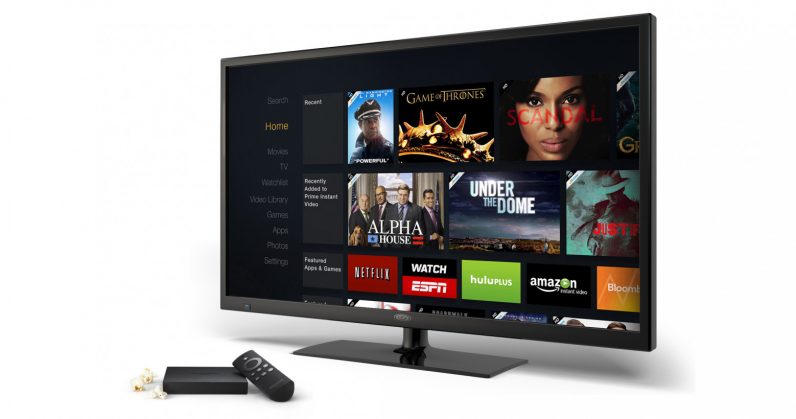 Update (October 2, 2018): CNBC reports that Amazon’s free, ad-supported streaming video service for Fire TV devices will roll out next week. It’s being developed by the company’s IMDb subsidiary, which is better known as a database for information on films, television shows, and video games.

Amazon is said to be prepping an ad-supported streaming video service; it’ll be available to folks who own any of the company’s Fire TV streaming dongles and set-top boxes, reports The Information.

It’ll be separate from Prime Video, which offers a range of licensed shows and movies, as well original content produced by Amazon, to people who are subscribed to Prime.

The idea behind this upcoming service, which is dubbed Free Dive, is to help Amazon bring in more revenue through advertising. Ads presently account for a small fraction – about $2 billion out of more than $200 billion – of its annual revenue, but they offer higher margins than retail, and are one of Amazon’s fastest growing earners company-wide.

To that end, the company’s been selling ad space on its site, and is slated to run ads during live sporting events on Prime Video. It also turned off ad-free viewing on Twitch – its game video streaming service – for Prime subscribers earlier this month.

Free Dive could give Amazon a chance to rival Roku, which offers a similar ad-supported streaming service for owners of its devices and is expected to reach 59 million users by the end of 2018. Roku also made its ‘Channel’ service available via the web earlier this month to folks in the US, so you don’t need the company’s hardware to access it. It’ll be interesting to see if Amazon follows suit – and how it plays its cards with customers across the globe, especially in cost-conscious markets like India, where it’s expanding its media offerings.

Read next: Why the weather forecast will always be a bit wrong