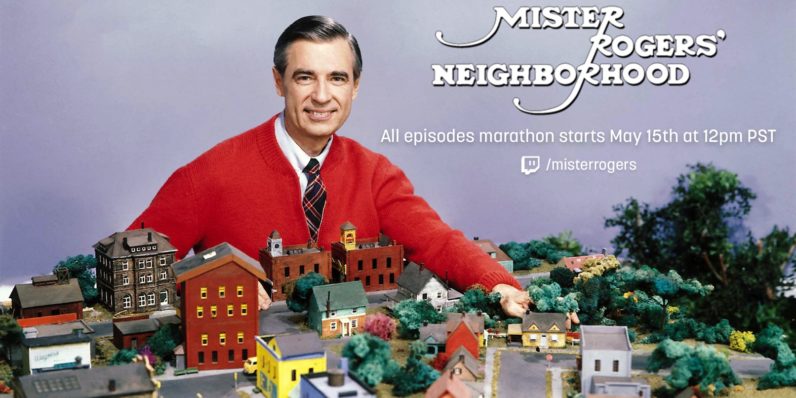 After integrating Bob Ross so thoroughly into its culture (to the point where he’s started cropping up in actual games), Twitch is bringing another beloved, soft-voiced childhood icon to its platform with a Mister Rogers marathon.

Twitch will show 886 episodes of Mister Rogers’ Neighborhood over a period of 18 days on a dedicated Mister Rogers channel.

According to Bill Moorier, the head of Twitch’s Creative section:

We were drawn to Mister Rogers’ Neighborhood because Fred Rogers was a positive voice in fostering inclusivity and diversity, and, like our streamers, he talked to the viewers as if they were in the room with him. While his show was geared toward children, his messages have universal appeal.

The marathon is part of a campaign to raise funds for Public Broadcasting Service (PBS) stations across America. Twitch will encourage viewers to donate to their local station.

The Mister Rogers’ Neighborhood marathon begins on May 15 and ends on June 3.

Read next: Apple patent details how Siri could work in noisy environments