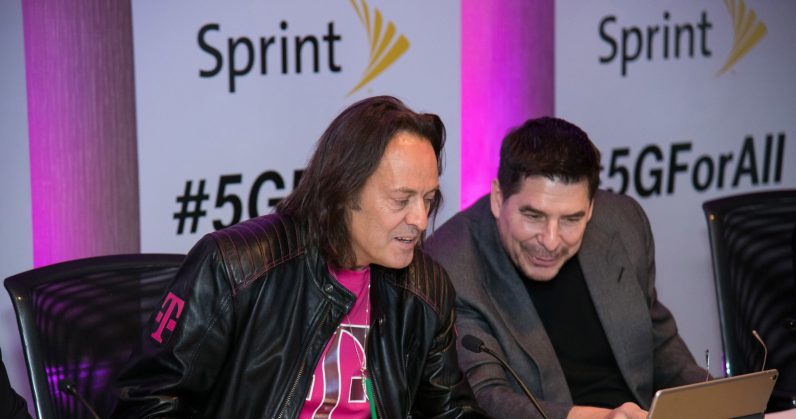 T-Mobile has agreed to acquire Sprint for $26 billion and merge the two US-based carriers’ businesses, in an effort to compete with the likes of AT&T and Verizon – and roll out a nationwide 5G network in the next few years.

The combined company, which will be known as T-Mobile and be headed by current T-Mobile CEO John Legere, promises to build the highest capacity network in the US.

When the two firms finally complete the merger – regulators are yet to sign off on the deal – the combined company will have 100 million customers. In addition to building out its 5G infrastructure, it promises to service rural America better than before, create more jobs than if the two companies operated separately, and invest $40 billion in its new business efforts over the next three years.

For Sprint, Bloomberg notes that the acquisition was a godsend, as the carrier has been struggling to keep its customers, and burning cash as a result, for the past few years. As for T-Mobile, the company has a difficult challenge ahead in taking on its bigger rivals. It’ll be interesting to see if if it is indeed in a better position to bring 5G connectivity to the US ahead of the competition.

Read next: This startup wants to create a merchandising and banking cryptoeconomy