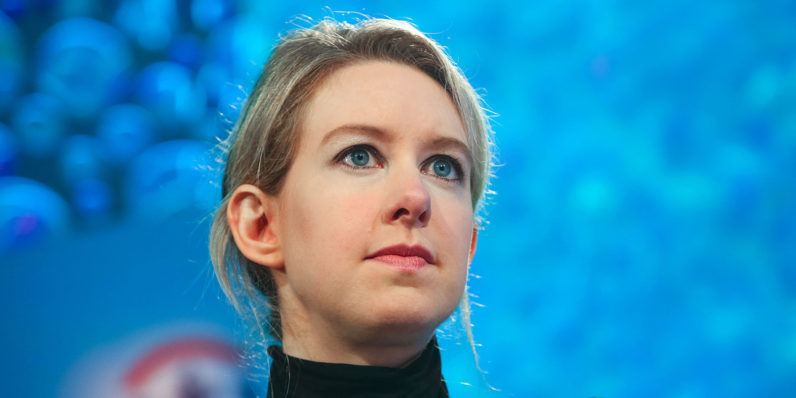 Theranos, the Silicon Valley startup that claimed to have developed a revolutionary system for conducting extensive blood tests (240 of them) with a single drop, has been in trouble for years for failing to make good on its promises. Its CEO Elizabeth Holmes has now been accused by the US Securities and Exchange Commission (SEC) of defrauding investors to the tune of $700 million.

The SEC says that Holmes and former president Ramesh Balwani “deceived investors into believing that its key product – a portable blood analyzer – could conduct comprehensive blood tests from finger drops of blood, revolutionizing the blood testing industry. In truth, according to the SEC’s complaint, Theranos’ proprietary analyzer could complete only a small number of tests, and the company conducted the vast majority of patient tests on modified and industry-standard commercial analyzers manufactured by others.”

That’s not all: the SEC’s complaints also allege that the company claimed its products were being used by the U.S. Department of Defense (DoD) on the battlefield in Afghanistan, and that it would rake in more than $100 million in revenue in 2014. In reality, the DoD never deployed Theranos’ tech, and the company only ever earned just over $100,000 in revenue that year.

Lucky for Holmes, she only received a slap on the wrist: she settled with the SEC by paying a $500,000 fine, returning 18.9 million shares of stock she owns in Theranos, and being barred from serving as a director or officer of a publicly traded company for the next decade. Not too bad for making off with $700 million of investors’ money, eh?

Theranos’ story is remarkable because of how far the company got – having once been valued at $9 billion – without having created a successful product. The Wall Street Journal revealed that the company earned zero revenue in 2015 and 2016; in October 2016, it let go of roughly half its workforce of 790 employees, and closed its labs and Wellness Centers in locations across the US. It then tried and failed to promote its MiniLab, a tabletop machine that the company claimed could test blood samples for a number of parameters and detect the Zika virus – the first such device of its kind.

Pardon my schadenfreude, but I now can’t wait to see the medical drama based on Holmes and Theranos, which was announced in 2016 and slated to star Jennifer Lawrence in the lead. So much for “the next Steve Jobs.”