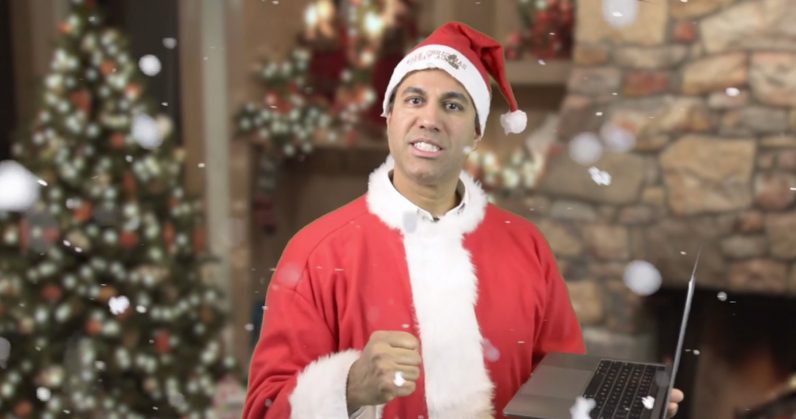 The Federal Communications Commission is set to take a vote on whether it should repeal net neutrality, aka the guidelines that prevent internet providers from throttling traffic from certain sources and offering fast lanes to others who pay for the privilege.

A day ahead of the vote, chairman Ajit Pai, who’s vehemently fought against net neutrality since his previous term as a commissioner at the agency, thought it prudent to release this steaming pile of garbage on conservative outlet The Daily Caller, that attempts to make light of the issue without addressing what’s really at stake. Subject yourself to this torture by hitting the play button below.

Pai’s not wrong about what you’ll still be able to do after net neutrality is repealed, but he skips over the parts about how the move could hurt small publishers, allow megacorporations to push their agendas and content to more people, and create an uneven playing field for businesses online. What a laugh!

Read next: India's taxmen are coming for your Bitcoins