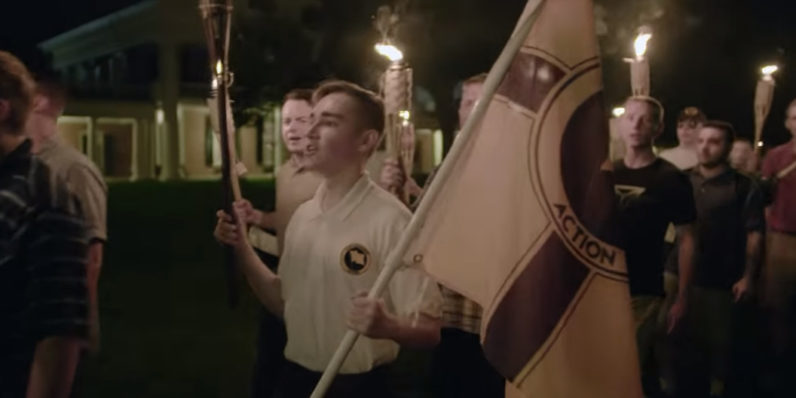 The President won’t, but it’s about time Silicon Valley spoke out against Nazis and white supremacists in the US. And it’s good to see some of the biggest names in the industry voicing their opinions against bigotry right now, given the state of affairs following the racially charged violence in Charlottesville, Virginia, over the past weekend.

In a letter to employees, Apple CEO Tim Cook slammed President Trump’s statements about the incident:

I disagree with the president and others who believe that there is a moral equivalence between white supremacists and Nazis, and those who oppose them by standing up for human rights. Equating the two runs counter to our ideals as Americans.

He also said that the company will contribute $1 million each to two human rights groups, the Southern Poverty Law Center and the Anti-Defamation League.

In addition, it’s killing off Apple Pay support on sites that sell white supremacy clothing and accessories; PayPal is doing the same.

Writing to Microsoft employees earlier this week, CEO Satya Nadella didn’t hesitate to use the term ‘white nationalists’ to describe the perpetrators of violence in Charlottesville – something President Trump seems to have no interest in doing:

There is no place in our society for the bias, bigotry and senseless violence we witnessed this weekend in Virginia provoked by white nationalists.

Cloudflare, a cloud security and performance service for websites, announced that it’s now terminated the account of neo-Nazi outlet The Daily Stormer, which published a hate-filled piece about one of the victims of the Charlottesville violence.

The company has, until now, remained content neutral, but the straw that broke the camel’s back was that the site claimed Cloudflare supported its ideology. Even if it’s only a measure to avoid bad press, by booting TDS from its service, the company has effectively taken a stand against the spread of hate online.

Others have also made small moves in this regard: Facbook has removed white supremacist Christopher Cantwell’s accounts on the social network as well on Instagram, along with a Page connected to his podcast. It also took down eight other Pages connected to the white nationalist movement that the company said violated its terms of service. And for its part, Twitter has suspended The Daily Stormer’s account.

Web host Squarespace also took down a bunch of racist sites; it didn’t specify which ones, but it does happen to offer its service to the National Policy Institute, which is fronted by alt-right poster-child Richard Spencer.

That’s not bad for a start. But more companies and voices need to come out in unison against this movement spreading across the US, and condemn it for the misguided, hate-filled phenomenon that it is.

The image above is a screengrab from VICE News’ documentary, ‘Charlottesville: Race and Terror’, which gives you an inside look at the events from the past weekend. Watch it on YouTube.

Read next: The startup aiming to support your smart home