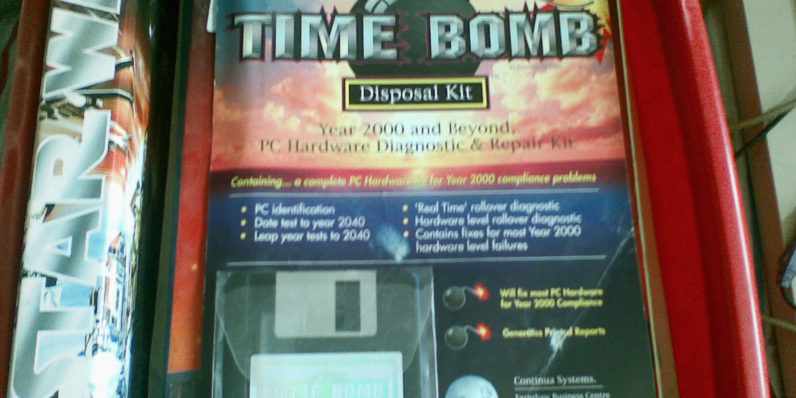 One of the few smart things the Trump administration has done since it came to power is cutting down on several paperwork requirements (PDF) for federal agencies, including one that required them to document plans to deal with the dreaded Millennium Bug.

Some of the older folks among our readers might vaguely recall the global Y2K craze, which, in the late 90s, saw the planet gripped in a state of frenzy over a bug believed to be present in pretty much every computer that would cause them to malfunction when their calendars reached the year 2000.

The problem was that many pieces of software were designed to represent the current year with just its last two digits, which meant that when we hit 2000, the computer would only register ’00’ and wouldn’t be able to distinguish between 1900 and 2000.

And while the media made a huge deal of it (Y2K even made Time magazine’s cover in January 1999), citing fears of airlines’ and banks’ operations going haywire, nothing really happened because the problem wasn’t remotely as serious as it was made out to be, and there was no global meltdown.

Today, the Y2K bug is regarded to have been nothing more than a big fat hoax. Thankfully, the White House is removing seven requirements in paperwork that relate to the ‘issue’, which, according to officials at the Office of Management and Budget (OMB) who spoke to Bloomberg, could save thousands of man-hours.

However, what’s more interesting is the larger effect this move could have. Hopefully, the directive will encourage more government agencies to take a closer look at their policies and streamline duties in an effort to become more efficient.

OMB Director Mick Mulvaney said, “Many agencies have forgotten how to deregulate. It’s been so long since somebody asked them to look backwards.” He’s also planning a further review of requirements from previous presidential executive orders in order to spot more unnecessary requirements that can be shaved off.

Does your organization still follow any outdated practices to maintain IT services and systems? We’d love to hear about them for a follow-up story – fire away in the comments!

Read next: AI’s place in marketing : Is it a competitor or a collaborator?