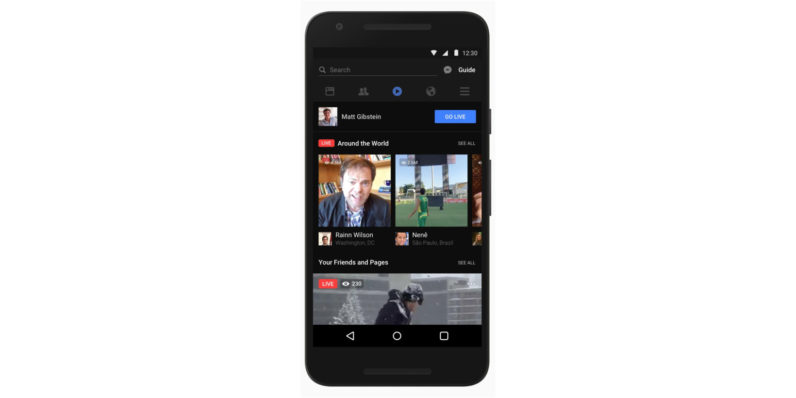 In a horrific incident that unfolded in Chicago over the past couple of days, a 15-year-old girl who had been missing since Sunday was sexually assaulted by several young men, and the attack was broadcasted on Facebook Live.

While the clip has since been taken down by Facebook after being ordered to do so by Chicago police, it was being watched simultaneously by roughly 40 people – none of whom phoned authorities to report it.

Thankfully, the girl was found on Tuesday and reunited with her mother. However, the perpetrators are still at large, and that raises a number of difficult questions.

For starters, what prevented the livestream viewers from alerting the police? It could have something to do with what’s called the Bystander effect, which is described as a social psychological phenomenon in which individuals do not offer any means of help to a victim when other people are present. There are many factors that contribute to this, but it leads me to wonder whether better tools for reporting such incidents could have helped stop the attackers in their tracks.

Facebook does have features in place to flag such videos, those largely serve to have inappropriate streams taken down. The company said in a statement:

Crimes like this are hideous and we do not allow that kind of content on Facebook. We take our responsibility to keep people safe on Facebook very seriously and will remove videos that depict sexual assault and are shared to glorify violence.

It’s good to know that Facebook is serious about removing such content from its platform, but what about sharing information with law enforcement about malicious actors like the attackers in this case?

Chicago police department spokesman Anthony Guglielmi told Al Jazeera that in order to find out who viewed the video so they might be questioned, investigators would have to subpoena Facebook and “prove a nexus to criminal activity” to obtain such a subpoena. However, he didn’t mention whether there was a way of securing information about the Facebook user who filmed and streamed the video. At present, there are no suspects and no arrests have been made with regards to this incident.

Next, what causes people to want to broadcast their heinous crimes? Is it infamy, adrenaline, or the desire to make a statement? According to the Wall Street Journal, Facebook Live has been used to broadcast at least 50 acts of violence, including murders. Would a strong reporting system be enough to deter people from engaging in such acts, or would they simply move on to another platform?

Ultimately, we need to acknowledge that livestreamed violence is a growing phenomenon that we have to combat. The danger in that is the threat to our privacy, and what kinds of personal information companies can share with law enforcement in such cases. Let the great debate begin.