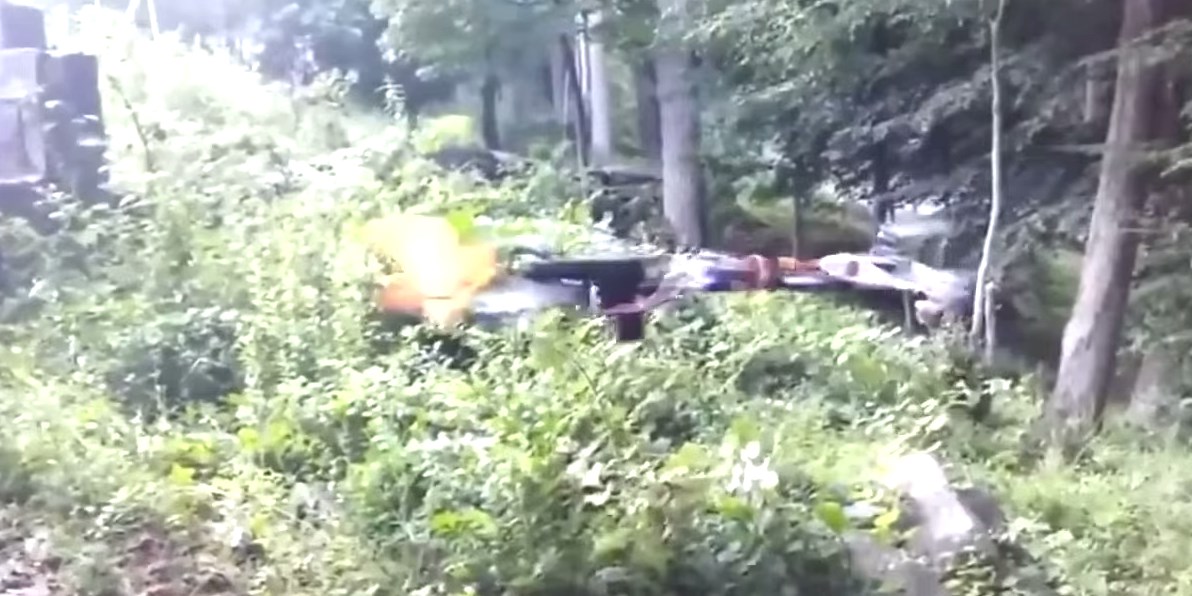 18-year old Austin Haughwout is under investigation in the US by the Federal Aviation Administration for possibly having broken its rules, after a video showing a quad-rotor drone equipped with a handgun surfaced on YouTube, reports ABC News.

The video was reportedly recorded by Haughwout, a native of Clinton, Connecticut, who told ABC News that the drone represents one of his “many engineering related activities.”

The teen added that he is pursuing a degree in mechanical engineering and has previously worked on an “electric Razor scooter that I modified to exceed 70 MPH and maintenance of a 1976 electric car.”

According to FAA guidelines, civilians endangering people with their drones could be fined. The agency’s regulations also prohibit the careless or reckless operation of a model aircraft — but they do not specifically mention the use of guns.

The FAA said it will determine whether any aviation laws were violated, and also “work with its law enforcement partners to determine if there were any violations of criminal statutes.”

This isn’t the first time Haughwout’s love of drones has invited trouble; he was assaulted last year by a woman annoyed with him for flying a “helicopter plane” at the beach.

Read next: The FAA plans to finalize commercial drone rules within a year, and Amazon is ready