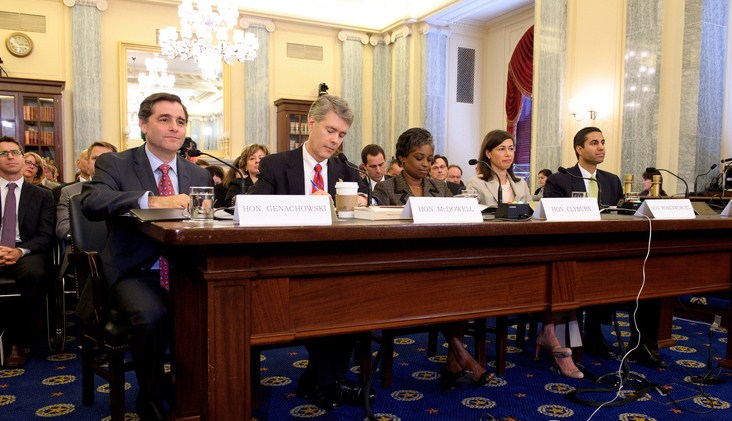 This is going to be fun. Today the Federal Communications Commission announced the names of the companies that will participate in its Open Internet Advisory Committee, a panel that will deal with the thorny, and important issue of net-neutrality.

In this age of bandwidth caps and wars concerning piracy and privacy, just who constitutes such an ‘Open Internet’ council, it will have the ear of the Federal Government after all, is critical. And that is exactly why the firms that have been chosen are so important. Among the included are executives from Disney, Netflix, Comcast, and Cisco, Mozilla, Union Square Ventures, CloudFlare, and more. The full list can be found here.

Chairing the Committee is Jonathan Zittrain, of Harvard University. His Vice Chair is David Clark, of MIT. The goals of the Committee are simple: to provide guidance to the FCC in regards to issues relating to the Internet. Or, in the official-speak

[I]ts mission is to track and evaluate the effects of the FCC’s Open Internet rules,[1] and to provide any recommendations it deems appropriate to the FCC regarding policies and practices related to preserving the open Internet.

The Committee will do so by

[O]bserv[ing] market developments regarding the freedom and openness of the Internet and will focus in particular on issues addressed in the FCC’s Open Internet rules, such as transparency, reasonable network management practices, differences in treatment of fixed and mobile broadband services, specialized services, and technical standards.

That’s actually a remarkably well written set of goals, if you examine it. Quite obviously, the future of net-neutrality is a key component of much of what the FCC has in mind for the Committee. As it has companies from both sides of the issue, things could get quite interesting. As FierceCable points out, “With Comcast and Netflix taking opposing sides on net neutrality, the advisory committee hearings will likely feature lively debate.”

Net-neutrality rules implemented in 2010, The Hill notes, “prevent Internet service providers from discriminating between two similar content providers by slowing down or speeding up access to their sites.” Certainly some parties of this new Committee would prefer to see that overturned. As the first hearings begin later this year, TNW will bring you the news.

Author’s Note: This post previously stated that Comcast would ‘love’ to see the net-neutrality rules in place overturned. Comcast directly informed TNW that the company, as part of the NBCUniversal transaction, has agreed to submit to the rules, even if they are overturned. I regret the confusion.