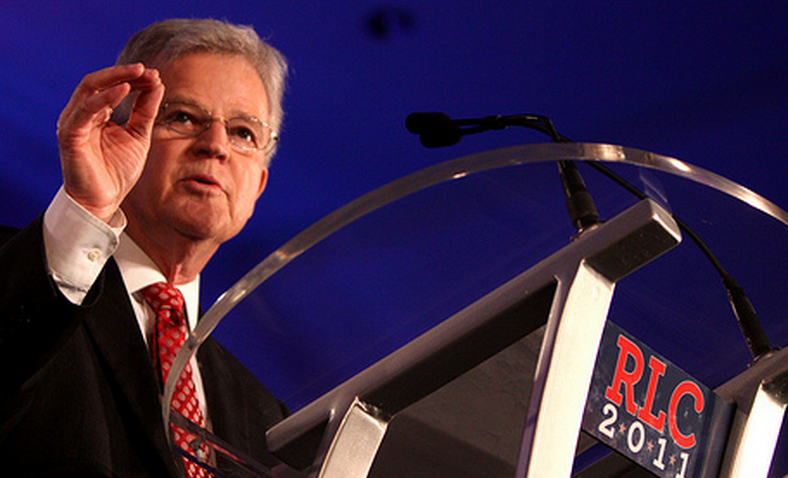 Continuing our series of interviews with candidates for the Republication nomination for President, today TNW is pleased to bring you our recent conversation with the prior Governor of Louisiana, Buddy Roemer. We have previously interviewed Fred Karger, a longtime Republican operative and now gay rights activist, and Gary Johnson, the ex-Governor of New Mexico, both of whom are also seeking the GOP nod.

While he remains a lesser known candidate, Governor Roemer has recently found himself in a media updraft, making appearances on the The Daily Show, The Colbert Report, and the Rachael Maddow Show. Given his unique style, unusual candor, and enjoyable wit, we trust that you will enjoy the following words. As a short introductory anecdote, at the start of the call with the Governor, before pleasantries or even a word were exchanged, he exclaimed “I deny everything!” We could not help but laugh.

As always, our conversation hinges on technology, and business issues that impact the technology sector. We have made small edits for clarity, and small excisions for length in the following paragraphs.

What is your stance on Net Neutrality, and how have you come to that perspective?

I am a free and open Internet guy, it’s an engine that is driving innovation. It is not broken, so why fix it?

Many important figures in the technology community have rallied around a cause dubbed the ‘Startup Visa Act,’ a piece of legislation that would make it easier for top foreign talent to build companies in the United States. As President, would you lend your support to the Act?

Some people come to college here in the United States, and then we kick them out. That doesn’t make any sense. I’m from a family of immigrants, and two generations later I went to Harvard. Immigration is a necessary part of America’s future, and it must be legal. But to say that we need immigration is not to say that we have an excuse to do it illegally.

We need to change the rules of the green card system, so that needed job skills can remain in the country.

At this point, TNW articulated the specific tenets of the Startup Visa Act:

I’m morally for it. Look at the facts: startup companies create all of the new jobs. Small businesses and startups create the jobs. The top 100 companies [in the United States] have fired 2.9 million Americans, and hired 2.4 million overseas. So it’s the startups that will solve this crisis. I’m open to any affordable idea that emphasises starting companies.

Your campaign is rather unique in how it is handling fundraising. Is your model dependent on the Internet as a tool to reach people? This seems crucial, as you have set a limit on how much individuals can donate to your campaign.

Absolutely. My only chance [to win] is through the technology of the 21st century. I’m also doing the conventional thing, [by] focusing on New Hampshire, and we’re making progress. But at the same time, I’m running a national campaign. To play to a national audience, I’m using as much technology as I can.

My campaign staff are the Twitter and Facebook masters. We are having conversations all over the nation on how to get into the debate. Honestly, this campaign would not be possible without these tools.

Your recent YouTube video announcing support of the #OccupyWallstreet movement caused ripples across the world of political media.  Why did you release that video, and why on YouTube?

You can smell something; it stinks. When I was the Governor of Louisiana I worked to clean up corruption. I got into this election because I noticed that the problems that I had fought before had become rooted in Washington. We need to get the money from special interests out of our elections; the only way to be independent is to not take that money.

Intellectual property is a hot-button issue in the technology community at the moment, due to extensive patent disputes between major players.The ‘America Invents Act’ was recently signed into law, moving the United States to a first to file patent system. From your perspective, was this a positive change?

We need to go even further. As President I would actually fund our patent process. We have an 8 year wait now on patent approvals. Every patent creates an average of 3 jobs. Not all create a single job, and some create thousands, but it works out to an average of 3. There are 1.4 million patents pending, and the government has squandered the money that applicants paid while seeking their patent. If we funded the agency and got the patents through, we could create 4.2 million jobs.

And finally, do you have a message that you would like to send to the larger US technology scene?

We are a nation at risk. The housing bust is only part of the problem. Steve Jobs knew what was important, it was innovation. And I want to point out that he didn’t fund a single PAC [Political Action Committee].

I would say that there are four keys to success in the 21st century: fast (McDonalds is not in the food business, it’s in the fast business), focus (make sure that you know exactly what you want to do), flexible (there are dozens of ways to finance a company, to gain capital, and so forth), and friendly. The government is none of these things. That’s something that we need to change.