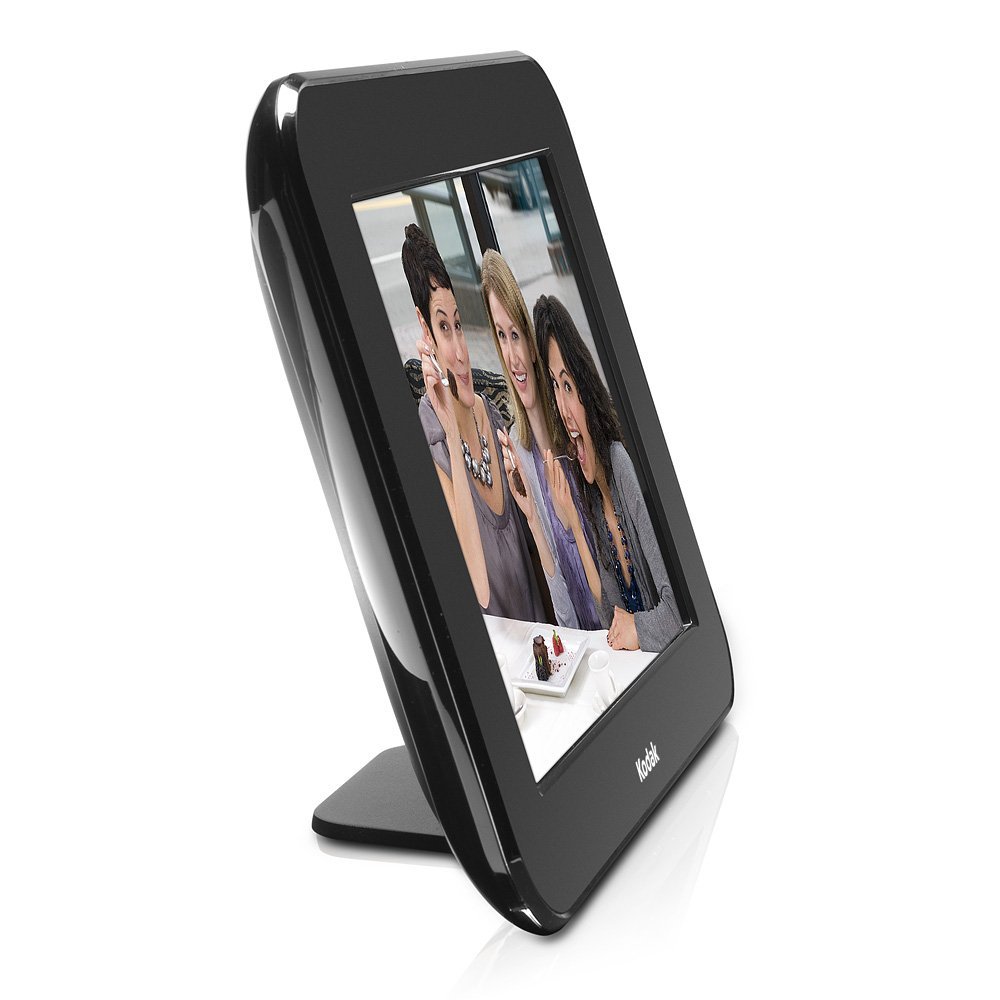 Over the past two years, Chicago has emerged as one of the hottest cities for technology startups in the United States. While Groupon continues to attract the most national press coverage, there are a host of new, young, and promising companies in the area that are wasting no time in growing and pushing technology forward.

It’s been months since we last brought you profiles of a crop of Chicago startups, and so today we are going to detail several for your reading pleasure. Think it all happens in the Valley? Think again.

Last September I wrote that:

[Chicago has come of age.] Never before has our city managed to bring in such high-profile names as it is right now. People are finally paying attention to us; we are no longer a city that is to be passed over between the coasts. Yes, our winters are cold, but our technology is hot, and we are going to prove it.

I stand by that. Now, let’s get into the companies.

Scenetap, set to launch to the general public on the 22nd of July, is a company working to fundamentally change the way people go out. Partnering with dozens of bars in Chicago, the company has installed special cameras with facial tracking technology in each, allowing Scenetap to know the number of people, and their gender and approximate age, in every venue that it serves.

This information is then uploaded to its mobile application, allowing people on the town to sort bars based upon what blend of patrons they have, and how full the location is. Bars can also offer coupons and other deals in real-time, and in set quantities, to attract people looking for a late night bite, or a quick last drink.

Do the phrases ‘facial recognition’ and ‘counting’ have you worried? The cameras don’t store your image, or even care about it really. All Scenetap does is ascertain what your fundamentals are, and then tallies up the totals.

The company’s launch party is still wrapped in secrets, but rumors of it involving a host of different locales and a whole night of vodka have been floating around. I managed to get a preview of the Scenetap application, and (once AT&T decided to behave) liked it. Now that the company has installed its hardware and built its software, it needs to acquire users. If it can, you might never go out blind again. But if not, the company has spent untold sums that it will not be able to recoup.

MyZeus has a fresh take on a classic problem: What movie should I watch? Instead of taking a normal recommendation approach, the service links to your Rdio and Last.FM accounts and then finds movies that contain your favorite music.

The idea is that movies and songs have a similar camber, so that if you like a song, the movie that plays it will likely align itself with your tastes. If that sounds a bit outlandish, think about your favorite movies, and then their soundtracks, and this should make a bit more sense.

The service is still in beta, but we have 100 invites. Head over to this link and get signed up. When the invites are gone, they are gone.

We like MyZeus because the company wants to provide a clean, and fast solution to an issue that many people have once a week. Of course, the service also has sharing functions and the ability to make recommendations, but told TNW that it “does not want to be a social network,” and instead wants to be a valued tool.

Sprout Social is a company on its way up, and is frankly just about too large and well-funded to be truly called a ‘startup’ anymore. We don’t care. Sprout Social, in case you didn’t know, provides social media ‘management’ tools for brands and large companies.

The company’s last round of funding, some $10 million, has Sprout on a very firm financial footing, its CEO told TNW.

Sprout Social is connected to Light Bank, what is generically called the ‘Groupon VC’ in Chicago, putting it in the upper class of companies in the area. But it is its capable product that really set the firm apart. Sprout’s management tools are intuitive, and powerful. Everyone expects the company to do well.

Sprout Social advertises on TNW. That doesn’t change our view of the company one way or the other, but we wanted to let you know.

Student debt is a sad topic that everyone has to discuss, because we all have some. Edulender wants to make the entire student debt system simpler, and help people pay back their debts without delay.

It’s not the sexiest field, but it is certainly a large and lucrative one. As student debt has ballooned in recent years, lenders of all levels of repute have been more than happy to loan to kids, often allowing them to land six figures in debt before they even have a job.

As one person put it: “It’s like you graduate from college and you bought a house, but you don’t have a house, and all you have is the debt. And you still have to pay rent.”

Edulender is building a “unified interface for financial aid” that universities can use to provide their students with a simple way to manage the monetary end of their education. The company works with more than just loans, and also works with grants and scholarships.

The company will monetize on a freemium basis, providing a mixture of free and paid services to participating students. Paid features could include things such as loan consolidation and other loan management capabilities.

We like Edulender because they are working to make a nearly trillion dollar problem into a manageable situation that the individual student debtors can handle. All that and the company should make a healthy profit along the way. It’s hard not to be bullish on Edulender.

Tabblr is one of the younger companies on this list, but one that we think has some of the most potential. The firm has built a mobile application that, based on the user’s location, offers up suggested activities in the surrounding area.

The app is about that one thing: experiences. While other location and deal type apps are certainly a dime a dozen, by only looking at a single sort of option, Tabblr is more focused, and thus potentially more useful.

After a conversation with the company, we felt like its vision and direction were worth covering, even if its current product is unpolished; the firm has more work ahead of them before users will flock, but if it can execute, it could have something big on its hands.

First up for the team is getting more total content into the application, and geographic expansion.

ExpertBids provides a service that allows for professionals to bid on clients, providing a simple way for people to attract the number of proposals that they need to make a solid vendor choice.

We’re excited about ExpertBids because of how quickly it has been growing. According to the firm, growth has been around 100% monthly, although in June that slowed somewhat. To combat that loss of momentum, the company is working on a major redesign.

According to ExpertBids, the new design will “have expanded Expert profiles giving clients a lot more info and will make it much easier for clients to post service requests.” That should vitalize the company’s core product enough to get growth back to previous levels.

ExpertBids, by building an environment in which professionals can quickly and simply attempt to accumulate clients is hitting the market at the right time: Never before have we seen such a glut of new professionals in fields such as the law.

CloudBot, once called UberCMD, is a company that is still operating in stealth, but we sat down with its CEO and managed to extricate a few details.

CloudBot is now a mobile application that brings the user information from any number of cloud services, and formats it into a simple to read, and act upon, feed. The closest comparison is perhaps to call it a ‘well thoughtout cloud-focused mobile FriendFeed.’

Until the firm lets us take and share a screenshot, that is about all we can tell you. Even though the company has been staying quiet, excitement about its product has circulated through Chicago

I know more, but cannot share the information until given the green light. Trust me that CloudBot is a company that you are going to hear more about in the coming months. The company’s website is almost comically devoid of detail, sadly.

Finally, My Personal Shopper is following in the daily deal footsteps of a hundred Chicago companies (there was no way out of at least one daily deals startup, right?), but is doing so in a way that I don’t find annoying.

Instead of shipping its users a deal at every possible chance, My Personal Shopper, as its name implies, only sends users deals that they have indicated that they will be interested in. This means that the company will only send a user a note when there is something hot and targeted waiting for them.

According to the data that we saw, it appears to be working. The company has a small, albeit growing userbase, but its metrics on engagement with its emails are off the charts. We are not allowed to share the company’s statistics, but we can say that they are impressive.

Even more, the company has settled into a profitable (on a marginal basis) customer acquisition program that should allow it to grow with little delay. I’m quite bored with Groupon, but I might use what My Personal Shopper has put together.

And that is that. All the cool Chicago startups email Alex, in case you didn’t know, and tell him about the neat things that they are doing: alex@thenextweb.com

Read next: How much traffic does a tweet from Charlie Sheen bring you? 23,000+ page views.