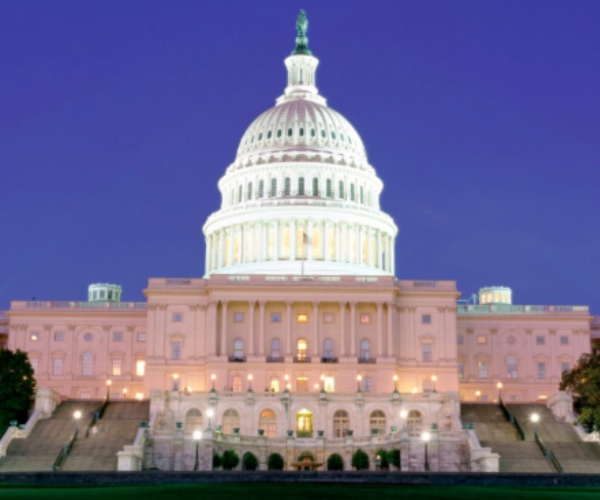 The District of Columbia isn’t known for its start-up scene. Washington, D.C. is a city of government agencies and think tanks. But the city that spans the Virginia and Maryland suburbs is home to a collective of bright, innovative people poised to make the world a better place.

Below is a list of D.C. start-ups that you need to know about. Whether they are the most profitable or have raised the most money, the most buzz, contain the most talent or are the most visionary, they are on this list for a reason. This isn’t a popularity contest but an end result of weeks of thoughtful analysis.

1)LivingSocial is the ”big boy” in town right now, says a local enthusiast. In addition, the site is a leader in today’s burgeoning daily deals scene. The site provides users in 111 markets and four countries including the U.S., Canada, the U.K. and Ireland, with handpicked experiences like restaurants, spas and fitness centers at discounts of  50-70% on average. According to LivingSocial, they saved people more than $100 million in 2010 and currently have over 10 million subscribers worldwide. Their Daily Deals are announced each morning through Facebook, Twitter, email and the LivingSocial website. Recently, LivingSocial expanded its business by acquiring Urban Escapes, and launching three new verticals including LivingSocial Family Edition, Campus Deals and LivingSocial Escapes – a new travel site that offers unbeatable savings on curated adventures.

2) CitizenEffect provides everyday citizens with the tools and networks they need to work directly with communities in need around the world. Founder Dan Morrison came up with the idea after a volunteer trip to India. He said to himself, “I could build a water well every year for the rest of my life or I could create a platform for others to be able to what I did.” Since their launch in November 2009, the small company (just 3 full timers) has launched 200 “Citizen Philanthropists.” CitizenEffect gives volunteers the ability to choose their project, leverage their social networks and communicate directly with their partner community. The site seeks people who want to bring their friends, family and social networks together to raise large sums like $1,000 or $10,000 to make a significant impact on the lives of a community in need. “I was a consultant for a long time. I loved the challenges of solving complex problems, but I felt disconnected to the people I worked with. It didn’t represent who I was. I wanted to start something I really believed in,” says Morrison. This holiday, the company launched Holiday Harvest to raise money in India, Peru, South Africa and the Gulf Coast. Next Thursday, December 9th, they are teaming up with Monument Music & Arts Festival and CRANK UP THE CAUSE to celebrate their one year anniversary with live music. Proceeds will go to Dreams for Kids (DC, USA), Partners of the Americas (Latin America), Earthspark International (Haiti), Catholic Charities of New Orleans (Gulf Coast, USA) and Mekane Yesus Church (Ethiopia). Buy tickets here.

3) iStrategy Labs is an uber-hip “idea foundry” that works with clients to build online and offline movements that engage communities through creative marketing, experimental social media and civic innovation. The team of 7 employees, plus a slew of freelance designers and strategists are capable of building everything from websites, to animated films, to massive festivals. They work with early stage companies, while matching these startups to their brand clients. Launched by CEO Peter Corbett in September 2007, the site has worked with a massively impressive roster of clients including Disney, ESPN, ABC, NPR, PBS, Intel, Microsoft, NASDAQ, GEICO, American Eagle Outfitters, Pinkberry, Rosetta Stone, Deloitte, The US Army and One Economy.

4) EventFarm is a new web application based on reinventing distribution methods in the events space, from the minds that brought you Volta Live, an events management and marketing firm in D.C., created by Ryan Costello, a computer science student from Georgetown. The software helps events of all kinds with ticketing and guest registrations. Through EventFarm, an event manager can purchase or license a mini web page that has details of their event (with video, photos, messaging board, etc) and the ability to sell tickets to the public. In fact, the site has 7 different distribution methods, providing levels of flexibility and variation for the ticket selling process that have never been available before. Think eVite and Eventbrite combined with Paypal, throw in a little Ticketmaster and then on top, the service adds custom designs for every client. They’ve already welcomed a few big clients to their farm (as they like to say): BET, Southern Company, Amgen, Mary J Blige‘s FFAWN, W Hotel beach bums and bellinis, World Food Program, DC Central Kitchen, Walmart and Old Ebbitt Grill. Event Farm serves the private event business and is ideal for: charities, festivals, corporations, restaurants and bars throwing events.

5) Clearspring is an online content sharing network that connects publishers and advertisers to audiences on the social web. Clearspring’s meal ticket, the “AddThis” button that you’ve undoubtedly seen on numerous blogs and websites, has reached 1 billion people worldwide and is used by everyone from The White House to the Dalai Lama to the British Monarchy. Publishers like ABC, AOL, Demand Media, MTV, MySpace, NBC use the AddThis button to distribute and track digital content such as links, widgets, videos, and photos to social networks, bookmarking sites, blogs, and other web services. In addition to AddThis, the company has its audience platform, where they take the reach of AddThis and all of its data an distill out audience interests. Clearspring, which launched in 2006, is currently ranked #1 by comScore.

6) HelloWallet launched in beta in March 2010 “to democratize access to financial guidance for all Americans.” To actualize this mission, the company gives one free pass to a low income family for every 5 paying subscribers. On the outside, they are a subscription based service like consumer reports. Their long term vision is to level the playing field for the 80% of Americans who’ve never before had a conversation with a financial planner. “By applying technology and data mining, it’s possible to develop an online resource that can provide a very powerful financial planning capability,” says Matt Fellowes, the founder and CEO of Hello Wallet. The “social mission focused enterprise” was first unveiled at the Clinton Global Initiative in September 2009 and its initial funding came from the Rockefeller Foundation. Currently, beta is available to just under 200,000 people and the service will be free for everyone until they go out of beta in March 2011.

7) Koofers is a social learning start-up that aims to revolutionize our university system through student-driven, intercollegiate collaboration, calling on the powers of social media. Founded in 2008, Koofers now empowers more than 310,000 college students to help each other learn by providing open and free access to course materials, class and professor ratings and study aids aggregated from more than 400 universities. By leveraging Facebook and the social graph, Koofers uses university data to create a more personalized and relevant student experience. Heading the company is CEO Gio Hunt, a veteran AOL executive. In late September, they announced $5 million in Series A equity funding.

8.) oPower is a startup whose technology has saved users over $180 million kilowatt hours of electricity and over $21 million in energy bills. Their “software-as-a-service” helps electric and gas utility companies understand how their customers are consuming energy. At no cost to home owners, users can access OPower programs on a mobile friendly site that let’s users see their energy use in comparison to their neighbors. It also allows users to set goals to reduce their energy consumption and receive alerts if they’re headed for a large bill at the end of the month. “We want to make energy efficiency as accessible and easy to understand and address as any other sort of normal consumer purchasing experience,” says Daniel Yates, CEO and Founder. oPower currently services 45 utility companies nationwide. This Monday, they closed a $50 million series C investment led by Accel Partners and Kleiner Perkins Caulfield & Byers (KPCB) and their earlier investors, New Enterprise Associates (NEA).

9) GeniusRocket started out like a lot of other quirky crowdsourcing companies to provide businesses, brand managers and agencies with custom solutions sourced from thousands of creative professionals. But they soon realized that most brands, even smaller nonprofits, wanted more control and privacy over their crowdsourced results.”They wanted 10-20 really good submissions instead of 180 with 170 that suck. They wanted transparency between their needs and the creative collaborators. They wanted to chat before the final submissions were in,” explains GeniusRocket’s CEO Mark Walsh. GeniusRocket has held over 400 competitions and every single one has paid out the full amount of money. In their current process, GeniusRocket invites 20-30 people in after a vetting process. Those invited people submit a short summary of what they do. 5 finalists are chosen to make a viral video or a TV ad, and in the end, 2-3 finalists are bought on by the client. Collaborators win cash throughout the entire process. “We want to be the AAA Baseball of the creative community and find the next David Ogilvy for our clients,” finishes Walsh.

10) HotPads is a map-based real estate search engine, listing homes for sale, apartments, condos, and rental houses. Started over 5 years ago, by co-founders Matt Corgan, Douglas Pope, and John Fitzpatrick, the site boasts a larger database than Craigslist, over 450,000 rental units, and has been growing steadily to 2 million unique users per month. On HotPads, their interactive heat maps make it easy to search by schools, politics, median age and median rent pulling in information from census bureaus and other government databases. With a unique user experience, their site is one of the best to include in your next housing search. Read next: Good news: The Dell Venue Pro is here in only a week, and for just $99