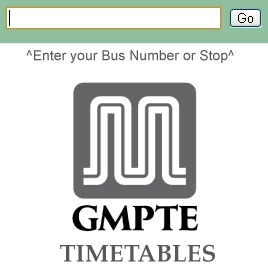 Earlier today, All Things D’s Peter Kafka wrote a post about how Worcester, Massachusetts’ local newspaper – The Telegram & Gazette (or as it is known locally, the T&G) – recently errected a paywall on its website, yet still saw an increase in traffic from August to September of this year.

Kafka uses this a possible counter-argument to all of the negative press that The New York Times has gotten over its plans to put up a metered paywall. Trying to get to the bottom of  this apparent paradox, Kafka asked both the T&G and parent company The New York Times – yep, one and the same – to comment on this, but neither would, so Kafka was left to guess:

Now, Kafka seems to be a smart guy and a very good writer, but we’re guessing that he’s never subscribed to a local newspaper in his life.

As soon as I read this last part of the article, I went and checked on something on the T&G website, which confirmed my suspicion right away – print subscribers get unlimited access to the website.

A local paper like the T&G is completely different from one the largest news websites in the world (which just happens to be a newspaper as well). People from around the world go to nytimes.com to find the latest news on just about anything, worldwide. We’re 99% that the vast majority of them do not have a NYT print subscription, so putting up a paywall is charging them money out of their pockets to read the website. This is completely the opposite from a local paper like the T&G.

The T&G covers news in Worcester and surrounding Worcester County. People in India or Japan or California do not read the T&G’s website – why would they? However, those people in Worcester County read the website, and you know what? A lot of them still get the print paper delivered to their mailboxes and doorsteps daily.

This might not be exactly accurate, but we found that the T&G’s circulation is about 70,000, so that is 70,000 users that don’t need to pay a dime more to read content on the website. According to Kafka, the site had about 294,000 uniques (though the paper itself advertises 800,000), but with the ability to read 10 articles for free a month for unregistered users, how many people do you really think are paying $15 a month to read the T&G? Also, if someone really needed to do some archive research or whatever, there is a $1 all-day pass.

Also, there is this:

“Much of telegram.com’s content will continue to be free, including breaking news bulletins, wire service stories, obituaries, classified ads, local blogs, photo galleries and videos. All information from the newspaper’s weekly news and information products, available on TelegramTowns.com, will also remain free. The only content that would carry a price is that produced by Telegram & Gazette news staff.”

And this from the same announcement:

“[Telegram & Gazette] Publisher Bruce Gaultney said the change would bring new revenue to support news operations. “We view this as a way to recognize the value of local news and expect the traffic will continue on the site, because so much of what we’re offering … is free and not blocked by anything,” he said.”

We’re going to go out on a limb here and say that comparing the Telegram & Gazette’s paywall to the New York Times’ paywall, is just spin that the New York Times Co. is putting out there to calm the paywall storm. Other local newspapers might not follow the same track as the T&G, but if they do, we kind of doubt their traffic numbers will fall off a cliff. For us, this is completely apples and oranges.

Oh, and all of that said – we still think that local newspapers are dead men walking.

Note: The author grew up in Worcester County, and his family was a past subscriber to the T&G (and he was probably even in it a few times as well), so that is where the local knowledge comes from.

Read next: How the heck is Grooveshark still online?