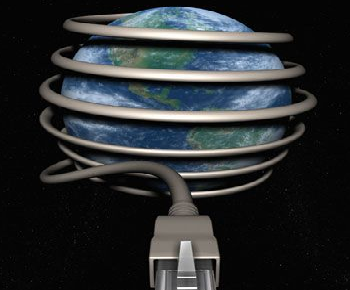 For those who don’t know, the New York Times ran an article saying that Verizon and Google were discussing whether Google would pay for Verizon to give priority access to certain kinds of content. What this means is that Google would write a check to Verizon, and in return content from Google would load on the Verizon network much faster. So if you’re a Droid user, those YouTube videos would play instantly, while you’d still be waiting to see similar offerings from Veoh. Verizon said the New York Times misunderstood the talks, whereas Google said that the talks never happened.

The potential for any discussion like this to ever happen between providers and content sources flies in the face of what most people understand net neutrality to be. By the common definition, net neutrality means that providers do not give anything preferential treatment. Any video from any source will get just as much bandwidth as any other, or as any text article, or as any pirated material, or even something illegal and terrible like child pornography. In short, it doesn’t matter what it is – your ISP will send it to you as fast as they’d send anything else.

Yet despite its publicly-issued correction, Google CEO Eric Schmidt offers another definition of net neutrality (the bolding is mine):

“I want to make sure that everybody understands what we mean [by net neutrality]. What we mean is that if you have one data type, like video, you don’t discriminate against one person’s video in favor of another. It’s OK to discriminate across different types…There is general agreement with Verizon and Google on this issue. The issues of wireless versus wireline get very messy…and that’s really an FCC issue, not a Google issue.”

A Tale of Two Definitions

The point of the standard net neutrality definition, which Mr. Schmidt calls “hardcore,” is that it precludes ISPs from charging for access to a tiered internet. Without net neutrality, providers would be free to charge extra for priority access to certain things. So if you want to watch YouTube, that’s fine, but if you want to access Netflix, you will have to pay extra. Or, put another way,

Imagine if the power company could charge extra for electricity going to certain appliances. If you have a company-approved refrigerator, then the basic plan will cover you, but if you don’t you’ll have to pay extra. Your air conditioner comes from GE instead of LG? Pay me. Want to charge your non-Verizon phone? Pay me.

Mr. Schmidt’s definition would set up a less hypercapitalistic form of tiering, though tiering none the less. Providers would be free to offer access to a basic version of the internet, much like they do with cable. If you want the premium channels (for example, video), you’ll have to pay for that. And if you want the really good stuff (video games, online software), you’ll need to shell out that much more.

The reason why this is so ridiculous is because every bit delivered costs the ISPs the same amount. It doesn’t matter if you get five megabytes of video or five megabytes of books – the transmission costs are the same. Of course you’re more likely to get to five megabytes on Netflix than you are downloading Kindle books, but most ISPs start throttling all traffic if you get above certain amount of bandwidth per month. The point is that even when throttling, they don’t discriminate.

If the Google-Verizon talks were taking place, which seems likely given that so many respected news outlets ran stories without correction, then what the companies were talking about is how to price and deal with wireless broadband moving forward.  Verizon no doubt leveraged infrastructure scarcity, saying that it doesn’t have the capabilities to provide the necessary amounts of data traffic without payment from content sources, though you can bet dollars to doughnuts that Verizon is exaggerating just how limited infrastructure is.

What it comes down to is that the telecoms do not want users doing more bandwidth intensive activities on their networks. As more and more people get smartphones and want to watch Hulu on the go, that’s more people who are sucking down data at a pretty high rate, beyond just the text-based stuff that Blackberry users have been getting for the past fifteen years. The telcos then have to build out their infrastructure if they want to keep customers happy. And to really do this, wireless infrastructure has to match wired as wireless consumers are bringing their habits with them. The telcos hate this because the additional costs eat away at their bottom lines.

The danger is that any deals between content sources and internet providers would completely and utterly kill the idea of a universal and pervasive data network. If content sources have the option of paying carriers to give their materials priority, then the wireless internet becomes a completely separate version of the internet, one in which you can only view material from a select few. This would be fine if, like television, the internet were a tool for consumption and entertainment. But it’s not. The internet is a communication tool which is the basis for many peoples’ livelihoods. If some independent company wanted to start a Facebook competitor in a world with data prioritization, it’d be dead on arrival since Facebook would pay so that the other guys’ site would be so comparatively slow that no one would use it.

Unfortunately, no regulatory body in the United States has the power to enforce net neutrality. The FCC lost a case against Comcast which would have given it legal precedent to be an enforcer, and every bill that has been proposed to grant the FCC such power has been defeated. It’s in the government’s interest to regulate providers because the government is relying on private companies, both those in wireless and wired internet, to provide a solution to people who still can’t afford or access broadband. Wireless is the cheaper last mile solution: it is much less expensive to set up towers to reach obscure rural areas than it is to run cable underground.

The US government is planning to spend billions and billions of dollars to get the entire country onto broadband. This is not something that the government has ever done with a transmission tool before – it’s not like the government paid radio stations to set up shop. But there’s not going to be any point if what is transmitted across these peoples’ connections is at the discretion of the providers.

And finally, why we need net neutrality

It is not at all an exaggeration to say that if net neutrality dies, then so does the internet as we know it. The whole point of net neutrality is that no matter what infrastructure or which carrier you use, you’ll always have access to the same stuff. That’s an important paradigm. If thrown out, we wouldn’t be far from an internet which shows different material in different parts of the world.

One might think that it’s OK for wireless companies to play by different rules, but you only reach that conclusion when you approach wireless from the perspective that it’s dessert to the entrée that is your wired connection. Going forward, wireless is going to be the primary access method. Just look at how younger people don’t bother with landline phones because they have cell phones. If left to their own devices, the telecoms will create a tiered internet because it will make them more money. We cannot allow this to happen.