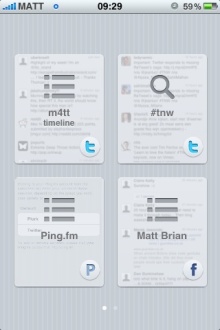 As Mark Twain was fond of saying, there are three kinds of mistruths: lies, damned lies, and statistics. We are working with the third element today. In a recent report from RescueTime, the company raised issue with the supposed dominance of Microsoft Office and other Redmond products over Google’s comparable offerings.

The company made two major claims: that Google Docs (et al, the full suite) is actually much more popular than Microsoft Office among current computer users, and that Gmail is dominating Outlook. Before you sputter and dribble tea on your keyboard, they are basing this claim on acutual data. The company does this: “RescueTime provides a time management tool to allow individuals and businesses to track their time and attention to see where their days go.” That sounds reasonable, let’s look at their data that they have aggregated from their myriad users.

Wow, you might think, not only is Gmail taking over the world’s communication online, but Office is on its way out. A small party for Google’s coup in both email and the traditionally offline productivity application sphere is in order!

But wait just a second, Gmail reaches nearly 55% of all computer users? That sounds high. After all, Comscore told us that late last year Gmail was the third most popular online email application. Odd, but perhaps that data is just old? The Office data smells bad as well, though. According to Wakoopa, Word has nearly twice the users that Google Docs does. Oh dear.

It seems odd that Gmail and Google Docs are overrepresented in the above data. What is going on? The answer is simple, and not malicious. People have to opt in to RescueTime and install their tracking application to send in data. Now just who is going to do that? The most web savvy. And what applications do the most web savvy people use? Cloud based applications.

That in a nutshell is why the above data is not a lie, or a damn lie, but is just statistics. In this case the data has been pulled in from a pool of self selecting heavy technology users. The average person has no idea what Google Docs is, so to contemplate an 80% market penetration is lunacy. However, among the RescueTime users, I am surprised it is not higher.

Don’t sell that MSFT stock just yet it seems, at least according to the above graphs. Microsoft might be struggling to build a great browser tool for document creation and the like, but that hardly means that they have died.

Read next: Someone Must Have Planned This...