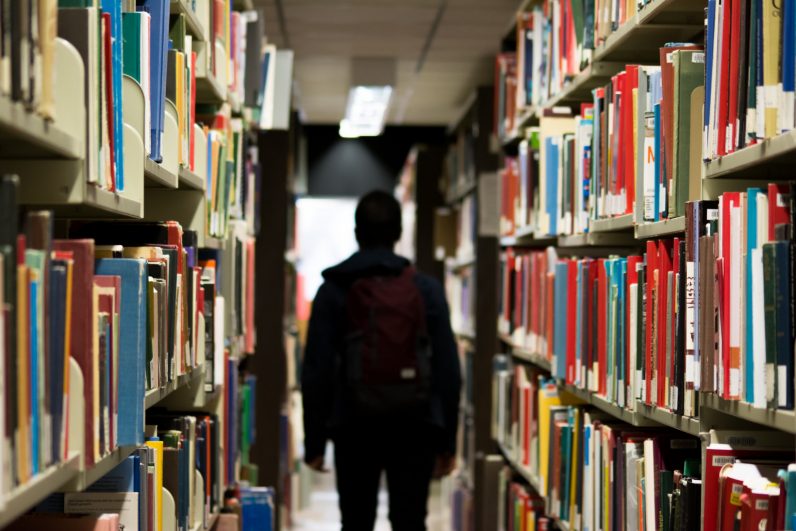 While I was growing up, a weekend wasn’t complete without a trip to the library. With my allowance jingling in my pocket, I could rent a VHS or CD for just a few coins. And, of course, books were free (provided you returned them on time, which I seldom did). But now, in a world with Netflix and Amazon Kindle, libraries have lost their shine. For me, it’s nostalgia, but for millions of low-income people, they serve as an essential connection to the digital world. Public libraries allow them to access worlds of knowledge, and crucially, government services that have since shifted online.

According to the Office for National Statistics, around 10 percent of UK households don’t have access to the Internet. Which is why it’s so troubling that, according to a recent investigation from the Huffington Post, more than 4,000 public computers have been removed from English libraries and job centers since 2010.

This is occurring while government services are increasingly becoming online-only, in a desperate push to introduce new efficiencies and lower overheads. The controversial Universal Credit, which combines six different welfare payments into one, can only be applied for online. Other common tasks, like renewing a driving license, are easier to accomplish through the relevant website.

And then there’s the fact that the Internet is no longer a luxury. Not in 2019. From applying for jobs and education courses, to managing your money and even buying groceries, you need to be online. Being without the Internet puts you at a serious disadvantage in an age that is going paperless and cashless in a hurry. This seriously impairs your ability to function in society for those left behind.

Of course, the irony is that these services were removed in the name of cost-cutting, but they’ll probably end up costing the country more in the long run, as unemployed people struggle to apply for work. And should the government about-face and restore funding to libraries for essential internet services, any savings will be cannibalized by the cost of procuring new computers.

For those who rely on library computers, there aren’t many other options left. Internet cafes don’t really exist anymore. If you have your own laptop, you could take it to a café with Wi-Fi, but if you’re struggling to get by on £73.10 a week (unemployment benefits in the UK are embarrassingly small), you probably won’t be able to afford a cappuccino.

Another option for UK-based consumers is BT’s Basic package. This is a means-tested broadband and phone offering, which BT offers as a loss-making public service obligation. For £9.95 a month, you get a basic broadband access (albeit one with an annoying 15GB monthly usage limit) and a landline phone connection.

BT Basic is only available to those receiving specific benefits, including Income Support, Jobseeker’s Allowance, and certain Universal Credit recipients.

Of course, this only works if you’ve got your own computer, and can afford the monthly service charges. If you’re scraping by on just under £300 a month, that £9.95 charge starts to look pretty burdensome.

Libraries are a basic public good, and nothing has quite managed to replace them. Their computers allow the poorest in society to get by. Although cheap phones and data plans have done some work in bridging the digital gap, some are still being left out. The cost of keeping a few desktops is, in the grand scheme of things, negligible. And it’s better to offer too much service, than too little.

We lose libraries at our own peril. The burden falls upon us to preserve this essential resource.

Read next: Blockchain tech is the future, and you can get on board for $29