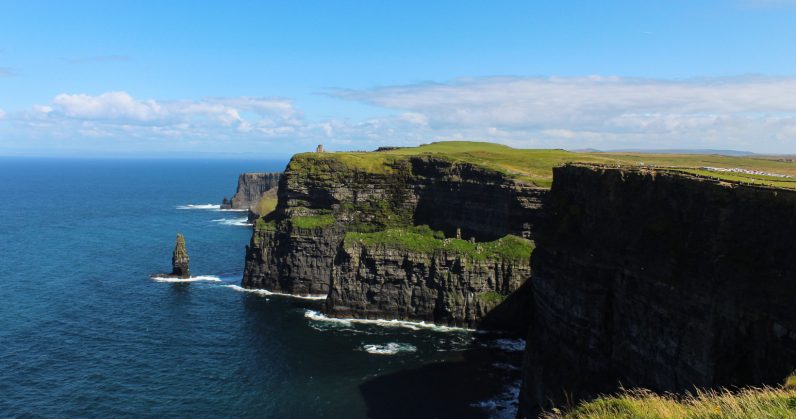 The Irish backstop is the biggest obstacle preventing Theresa May’s EU withdrawal agreement from squeaking through parliament. This legal instrument means that, should the UK fail to secure a deal that would permit an open border between Northern Ireland and the Republic of Ireland, the former would remain in the European Union’s (EU) customs area and large parts of the single market.

This is unpalatable for the hard Eurosceptics in the Conservative party, who want to see the UK make a clean break from the EU. It’s also opposed by the Northern Irish Unionist party currently propping up Theresa May’s government, the DUP, who argue the backstop would effectively cut Northern Ireland off from the rest of the UK.

Last night, Theresa May flew to Strasbourg and agreed meaningful changes with the EU’s lead Brexit negotiator, Jean-Claude Junker. The main point is that over the following 21 months, when the UK is in a transition period, the UK and EU will find alternative arrangements to the backstop. As explained by May and other members of her party, this means technology.

For the second time, Parliament will vote on Theresa May’s deal later today. If it passes (which is not guaranteed; it was previously defeated by 432 to 202 votes), the UK will find itself in a race to develop something that would allow millions of people, and countless tons of goods, to cross the border without facing customs and immigration checks.

Government IT projects are seldom delivered on time, and they rarely work as they should. But this one is different. For starters, it’s harder than anything any government has ever attempted before. But also, the stakes couldn’t be higher. Failure could undermine the already fragile peace process.

On a fundamental level, this system will allow people and vehicles to cross the border without being manually inspected by a border guard. Beyond that, we don’t have any concrete information as to how this would work in practice. The government has not released any technical documents or proposals. A few months ago, Chancellor Philip Hammond suggested blockchain could be used, but this was largely met with derision, and interpreted as someone merely parroting buzzwords he’d heard.

That being said, we do know what the challenges are. Firstly, it’s got to cover a winding 310-mile land border, which cuts through towns, villages, farmland, and even homes. Some routes between towns see people cross the border multiple times per day. It’ll need to be able to distinguish between those travelers, and commercial freight.

And it must do that without being regarded as oppressive. Remember, for almost 40 years, a civil war was waged over the question of whether a border should divide the island of Ireland. If a vast surveillance system suddenly appeared on the border, it may inflame tensions. And any large installations could potentially become the target of terrorist attacks.

Of course, this is all a big if. There’s no guarantee that Theresa May’s withdrawal agreement will pass parliament. And if MPs reject it for the second time, it’s not clear what will happen next. Will the UK career into a catastrophic disorderly hard Brexit, or will there be an extension to Article 50 – or maybe even a second vote? Who knows.