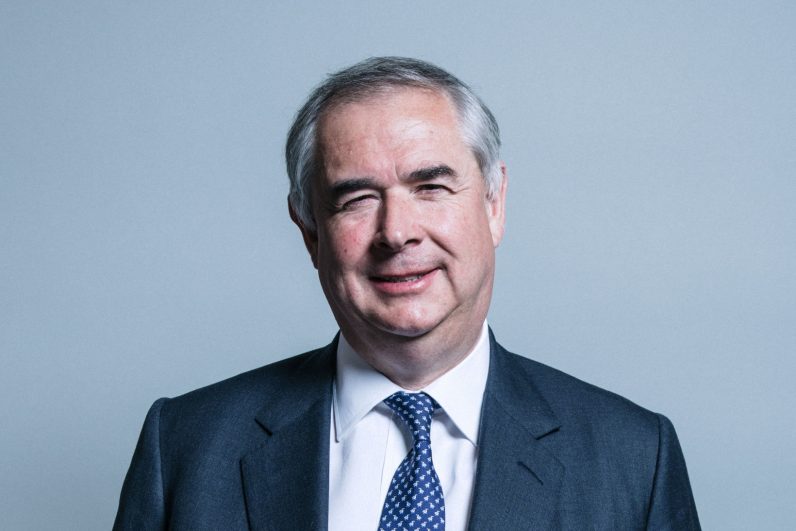 Geoffrey Cox QC MP is an unlikely cheerleader for Microsoft’s mobile email app, Outlook for iOS. As the Conservative MP for Torridge and West Devon, his primary concern is constituency matters, like cutting the ribbon on church fêtes and championing the right for people to murder foxes. He seldom dips his oar into the murky world of tech.

And yet, here he is concluding a tweet about Brexit with an unambiguous call-to-action: “Get Outlook for iOS.”

The DT reporting of the last 24 hours consists of misunderstood fag ends dressed up as facts. Some of it is accurate, much more of it isn’t and what is not is far more significant than what is. Complex and detailed negotiations cannot be conducted in public.

Get Outlook for iOS

What does it all mean? Is he on the Microsoft payroll? Is he hinting at a future career in tech lobbying? Or is he so bad at Twitter, someone must write his tweets for him, which he then copies directly from his email? And if so, how did he screw that up?

This is all vaguely reminiscent of the time Ed Balls, the former Shadow Home Secretary, tweeted his own name in a ham-fisted attempt to search for himself. That incident has since been memorialized as Ed Balls Day, which is celebrated every April 28.

Cox’s tweet is arguably more embarrassing. On one hand, it shows that he’s merely parroting the party line. Twitter is all about authenticity. Having someone ghost-write your tweets almost feels like a cardinal sin.

On the other hand, it shows a startling lack of tech skills. That’s not surprising, given his age. At 58, Cox is older than the average British MP. Have you seen an old person trying to use an iPhone before? It’s like watching a chimpanzee solve a rubik’s cube.

David Cameron once glibly remarked that “too many tweets might make a twat.” Perhaps he was right, as the entirety of British twitter is now piling on Cox. “Get Outlook for iOS” is now a meme. And a fairly funny one too.

Complex and detailed negotiations cannot be conducted in public. Get Outlook for iOS.

Methinks I see in my mind a noble and puissant nation rousing herself like a strong man after sleep, and shaking her invincible locks.

Get Outlook for iOS.

I'd like to imagine Geoffrey Cox shouting "Get Outlook for iOS" over the dispatch box https://t.co/DtsKmhDCMW

"Get Outlook for iOS" pic.twitter.com/xVUPVNvQMo

There’s scant mirth in British politics. Terror? Absolutely. Gut-sinking dismay as the country sinks into global irrelevance? Check. But mirth? Hardly ever. Enjoy it while it lasts, kids.

Read next: Circle completes latest acquisition amid claims it's raising an extra $250M