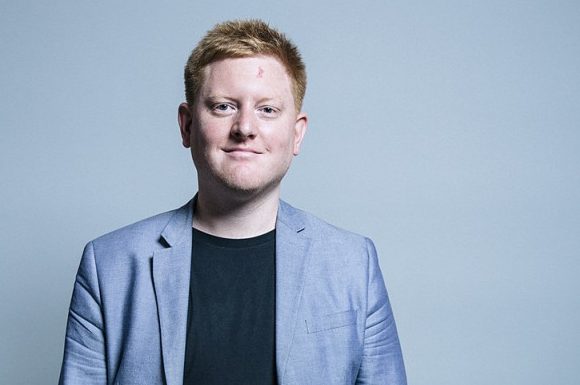 Jared O’Mara is the Labour MP for Sheffield Hallam. The cerebral palsy-suffering, pub-owning, journalism graduate won his seat in this year’s snap election, where he unseated former deputy prime minister, Nick Clegg, by the most narrow of margins, in what was one of the biggest political upsets of 2017.

But thirteen years ago, he was a different person. Jared O’Mara was an edgy 22-year-old who passed his time on the popular Drowned In Sound music forum, where at times, he expressed some pretty off-colour views.

In one thread, he described Sheffield’s youth as crack-smoking degenerates who “hang around ASDA [the UK’s version of Wal-Mart] to break into the ‘guide dogs for the blind’ collection statue.”

Hardly the most PC stuff. And indeed, the comments, which were resurfaced by Conservative-leaning blog Guido Fawkes, have since come back to bite O’Mara in a big way. He’s resigned from the Women and Equalities Select Committee, and was forced to issue an apology via online magazine Huck.

All things considered, it’s hardly the most illustrious start to a political career. It serves as a reminder that the Internet doesn’t forget. Online, there’s no such thing as a statute of limitations.

I want to be clear, this piece shouldn’t be construed as a defence of O’Mara. Some of his remarks are deeply offensive. In addition, O’Mara has since been accused of calling a now-constituent an “ugly bitch” just weeks before he was elected. Although he strenuously denies the remarks, the Labour Party has since suspended him.

However, I must admit, I’m deeply uncomfortable with the dredging of O’Mara’s online past. For starters, why bother? The forum posts in question are thirteen years old, and date back to when O’Mara was in his early twenties. They’re not necessarily a reflection of the person he is today, and have nothing to do with his record as an MP.

There’s also a bigger picture here. In 2015, the average age of a UK parliamentarian was 50. Britain’s legislature included 24 MPs over 70, and 107 between the ages of 60 and 65. Although hardly a gerontocracy, there’s an undeniable absence of young blood.

I fear that many young people will be put-off from engaging with politics, over concerns youthful and ill-advised social media posts will be unearthed, either by the media or by political rivals. This, unfortunately, is becoming a trend.

When the 20-year-old Mhari Black won the seat of Paisley and Renfrewshire South in 2015, the British tabloid press didn’t hesitate in tearing apart her Twitter until they found something they could run with.

Most of the posts highlighted were boring, cliched teenage ranting about school, with tweets like “maths is shite,” and “the nuns can get tae fuck.” Nothing particularly outrageous, and yet the right wing press dredged them up in order to embarrass her.

The saddest example I can think of is of Paris Brown, a 17-year-old from Kent who landed the largely ceremonial role of Youth PCC (Police and Crime Commissioner), but was forced to resign from her £15,000 job after the tabloids uncovered her (admittedly unpleasant) tweets.

Overnight, Brown became a national hate figure, with the Daily Mail branding her a “foul-mouthed, self-obsessed Twitter teen.” As a consequence, she was interviewed under caution by Special Branch detectives. She was also forced to deliver a tearful apology on television.

I actually remember watching her apology. I remember her voice shaking, and the way she stopped to wipe her eyes with a kleenex ever few seconds. And most of all, I remember thinking “what’s the point of this?” The entire thing felt completely disproportionate, especially considering her age, and the fact that the Youth PCC job was largely token, paid a pittance, and didn’t actually mean anything.

Around the world, the current generation of politicians — counsellors, MPs, senators, and congressmen — are approaching retirement age. Inevitably, they will be faced with young, fresh faces. These new leaders will be digital natives, who spent their formative years online.

It’s striking that Eric Schmidt, Google’s executive chairman, has warned against the permanence of our digital lives. Speaking at the Hay Festival in 2013, he said that “society has always had ways of dealing with errant teenagers” by a means of punishment. These punishments were temporal. “They grow up out of it and become fine, upstanding leaders,” he said. But with the internet, the consequences are long lasting, and every indiscretion becomes a lifelong mark of Cain.

What happens then? Are we setting ourselves up for a world where the only people who gain office are those who, as teens, behaved perfectly online? Or, at least, had the presence of mind to scrub their online existence before their name appeared on a ballot paper.

Read next: Make a career leap in this 130-course ultimate data and analytics training — only $39