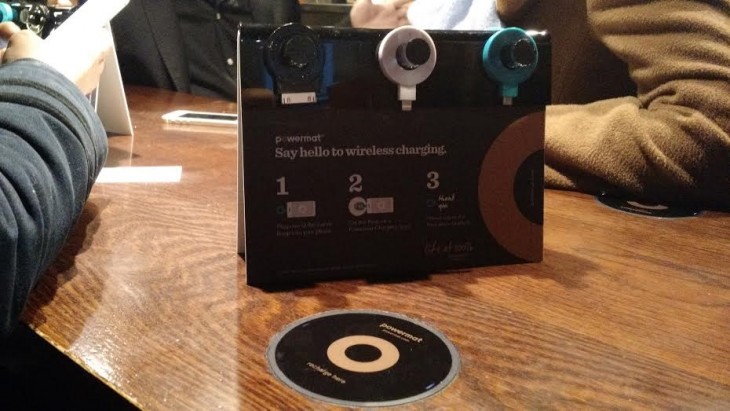 Following on from the start of its US rollout in June last year, Starbucks is today starting to introduce wireless charging stations inside certain London locations.

Unlike Qi-based, NFC charging, Starbucks’ system uses magnetic wireless charging, meaning you’ll need a little adapter to plug into your phone. The dongle’s, pictured below, are available for free use in store, or you can buy your own for £10, a spokesperson told TNW.

For now, the trial is contained to just 10 stores in London, and there are no plans to take it further afield right now.

However, in the US, the company pursued a similar strategy and is now in the midst of rolling it out nationally to more than 2,000 locations.

In our testing, it worked flawlessly, but you’ll need to make sure your adapter sits right in the center of the charging mat. The company said it will charge at the same rate as a wall charger.