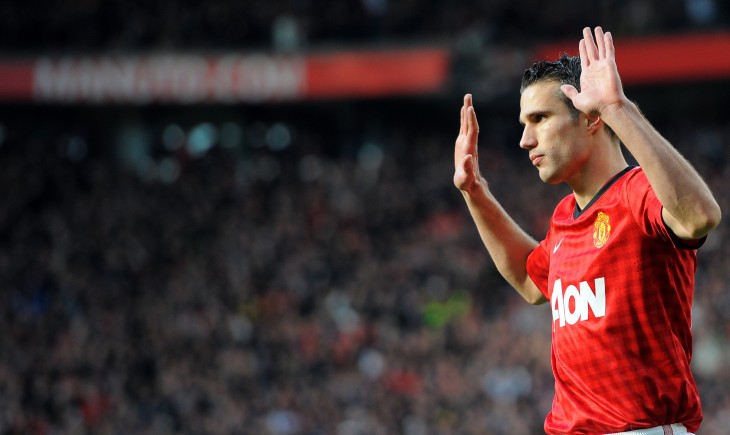 With BT Sport arriving on Virgin Media yesterday, you could be forgiven for thinking there was a major sporting event on the horizon.

But of course, there is. This weekend heralds the inaugural day of the new English Premier League football (EPL) season, the most-watched sporting league in the UK.

If you’re more of a sofa-based football fan, well, you likely have your Sky or Virgin subscriptions sorted already, though it is also worth remembering that Sky’s offering the first day of the season completely free for anyone, via Freeview. As nice a gesture as that is, however, it likely won’t entice many people to cough up £40+ a month to gain permanent access to Sky Sports.

For the more occasional fan, there’s Now TV, which is looking to infiltrate living rooms across the country with a contract-free daily-pass that gives 24-hour access to Sky Sports for £9.99.

Then there’s the Sun.

The UK’s top-selling tabloid officially moved its online portal behind a paywall earlier this month, with access to the new Sun+ service costing £2 ($3) a week to access the red top’s digital content. Part of this deal is also access to the new Sun+ Goals app, available on Google Play and Apple’s App Store, which serves up highlights, commentary, goals, interviews,  an on-demand sports show, and general news on all-things EPL.

To recap, the Sun won exclusive rights to the mobile and online clips back in January, following on from the previous incumbents Yahoo and ESPN, which had the online (Web) and mobile coverage divided between them. Essentially, goals from each game can be broadcast shortly after they’re scored, with highlights made available later.

While some may have questioned the wisdom of a tabloid switching to a paid digital model, News UK (formerly News International) is dangling a large carrot in front of potential subscribers in the form of access to highlights for all 380 English Premier League games from the new season – and for two seasons after. It’s also making goals available through its other UK titles – The Times and Sunday Times – with subscribers able to access the content on the Web or Times’ mobile apps.

But how many Sun-readers will be willing to pay close to £10 a month for the privilege remains to be seen. Match of the Day offers a pretty good synopsis of the action as things stand, which comes bundled with your compulsory (if you want to watch TV) license fee.

At any rate, here’s what to expect of the new Sun+ Goals app.

The main ‘Sun+ Goals’ screen is where you’ll see the stream of news and video, which can be filtered by hitting the little binoculars icon at the top right.

Though the season isn’t yet underway, there is already a load of content on there, given that it launched a few weeks back.

In the main menu, you can navigate to the Match Centre, which is currently bare…

…or view league tables from around the country and further afield. You can also tell the app which club you support and receive push alerts accordingly for videos and news. This only apples to the EPL though.

It’s worth noting here, however, that due to UEFA restrictions, goals aren’t available in near-real-time during prime-time Saturday afternoon slots. This is to encourage fans to actually go to games, and thus support smaller clubs that don’t have the luxury of 5-year-long waiting lists for seasons tickets. That’s fair enough.

Saying that, during this blackout period, no video clips will be available at all – including from archived matches, which seems a little odd. The rest of the time, packages are fed through within 6-8 minutes – so on Sunday or weekday matches, you should get goals shortly after, and there’s also half-time and full-time highlight packages too.

There will be eight 30-second clips of key moments during matches, and highlights clips of up to 60-seconds from each game will also be available.

Developed by UK-based The App Business (TAB), the company says it was looking to create something more than a second screen experience.

“We wanted the app to be the UK’s first screen for Premier League action, with the best video-led content, served up on the right devices in an emotionally engaging way that keeps fans and advertisers coming back, time and time again,” says Rob Evans, Founder, TAB.

Whether EPL goals and highlights is enough of a carrot to lure subscribers on board remains to be seen, but it will be interesting to see what kind of uptake this garners over the course of the season and beyond.

For context, when ESPN had the rights, although it initially charged for the full service it did eventually make its Goals app completely free. Given the Sun paid tens of millions of pounds for the rights, and it’s clearly a core part of the broader Sun+ subscription, it’s not likely to follow suit.

Read next: This stunning map shows every train on the London Underground traveling in real-time