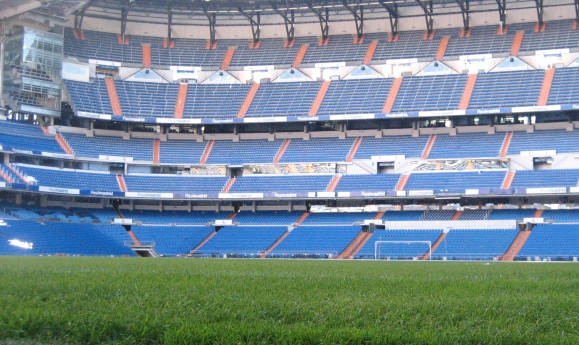 We cover a lot of startups here at The Next Web, and regardless of how good you think an idea is at the time, you never really know for sure whether it will sink, swim or soar.

One such startup is Bantr, the social network for football (soccer…) fans. We first reported on this startup last August, just prior to the English football season kicking off. We described it at the time:

“Bantr is a place where football fans can check in to games, vote on the action, view live stats and even ‘banter’ with rival fans in real-time as a match unfolds.

When a user checks in, they’re asked to indicate how they’re watching the game – whether it’s on TV, live, online or on the radio.”

It’s a great idea – if you’re a football fan, and the social network saw some promising early growth. Shortly after launch, Bantr expanded into Europe, launching platforms aimed at Spain and Italy, and it’s now making steady progress as it closes in on 10,000 users across the board. It also just won the startup event Techpitch 4.5 in London earlier this week.

In its biggest news to date, Bantr has just announced an integration with the Daily Telegraph’s Fantasy Football which should see its user-base soar in the coming months.

It seems that the Daily Telegraph wanted a way to increase engagement that fans have with their Fantasy Football players during a match – not just before and after. This is where Bantr’s interactive match centre comes into play, letting fans check-in to live games, discuss the action and vote on key match incidents in real time – all through the Daily Telegraph’s website.

“Bantr is a great fit for our Fantasy Football audience,” says Jon Richards, Interactive Sport Product Manager at Telegraph Media Group. “Our fantasy managers are highly engaged in the game, visiting the site regularly throughout the week, analysing stats and plotting their transfers for the next set of matches.

“Bantr now gives them a way to communicate with each other in a unique and exciting social football environment, without the distractions of non-football related activity you might find on other social media sites,” he continues. “If you want to talk football with football fans in a football environment Bantr is definitely the place to do it.”

The Telegraph’s Fantasy Football has more than 100,000 active players and if the initial pilot proves successful, it should help Bantr grow its brand across the football sphere.

Peter also tells us that there could be some more interesting partnership announcements coming up, so we’ll be keeping tabs on this one.