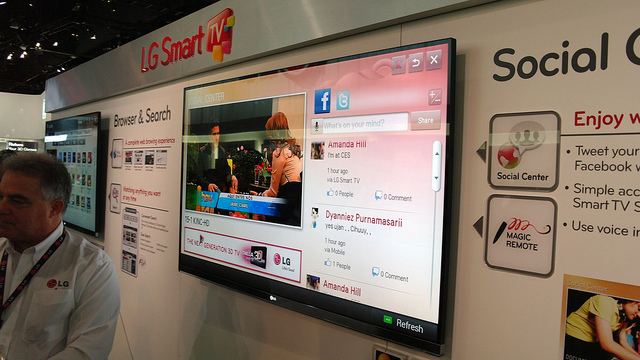 Update: The app is now live!

South Korean electronics giant LG has announced that it will bring Amazon’s video-on-demand service LoveFilm to its LG Smart TV platform, allowing UK television owners to stream thousands of movies and television shows directly without the need for additional hardware.

LoveFilm, which recently saw U.S rival Netflix expand into the UK and Ireland, recently lowered the cost of its streaming service to £4.99 a month to undercut its competitor, signing new content deals to bolster its catalog.

The announcement of a new LG Smart TV app sees Amazon expand the number of devices on which its service can be used, complementing apps and services on the Xbox 360, PlayStation 3, iPad and also Samsung and Sony TVs.

LoveFilm now offers its service on 175 connected devices and may deliver Android and iPhone applications to mirror Amazon’s video-on-demand services in the U.S, delivering content to the Kindle Fire when Amazon launches the device in the UK.

LG hasn’t commented on when the LoveFilm application will become available on LG Smart TVs and LoveFilm has not yet updated its website to reflect support for the set.

We will update the article when we get more information.

Read next: An inside look at the entrepreneurs who've transformed our world