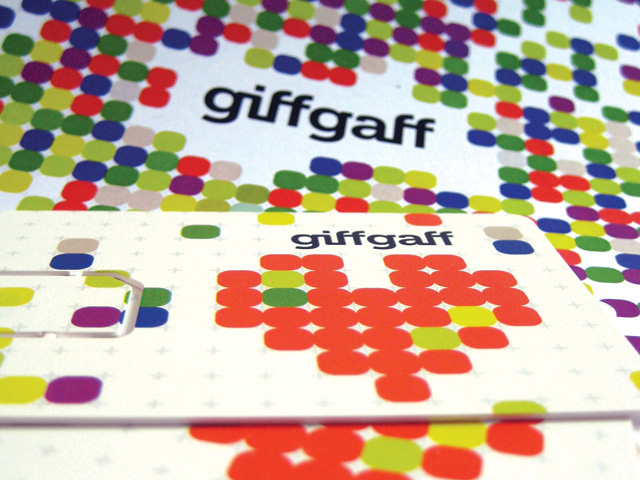 UK mobile operator Giffgaff has been forced to apply its new data usage rules against a small number of its customers after it identified that 1% of its subscribers were utilising more than a third of total data transfers.

Some users are finding that their data connectivity has been pulled as a result of their excessive use but are finding that GiffGaff will give them one more chance. If they continue to download large amounts of data (the limit of which is unknown), then they “will permanently remove Internet access with no exceptions”.

GiffGaff, a carrier that has branded itself as the first “People Powered” mobile phone network, operates at a low cost base without handset subsidies and the overheads of opening high street stores, passing the reduced costs onto its customers, offering unlimited data alongside its “goody-bag” tariffs.

However, after it found that some of its users were hammering its networks, the company moved to amend its terms and conditions in December in order to disconnect the most heavy data users that were impacting the usage of its other customers.

The Register reports that the company has begun applying the new rules:

In common with just about every ISP in history GiffGaff has discovered that a tiny proportion of users are eating a disproportionate amount of data. In GiffGaff’s case it’s one per cent of the customers accounting for more than a third of the data traffic, with all the other customers subsidising the cost of carrying that data.

Because GiffGaff is a virtual network operator (MVNO), it doesn’t offer its own network infrastructure (running on O2’s networks but also an O2 company that operates independently) and has to pay for the data transferred on its service. With a small number of customers accounting for a third of all its data, the 99% were forced to subsidise the cost.

The majority of GiffGaff’s customers have backed the operator, calling for the company to name and shame the users that have been slurping massive amounts of data. Believing that heavy users are tethering instead of simply downloading massive amounts of data on its networks, GiffGaff may permanently ban customers instead of simply curbing their mobile data as it is against their terms and conditions.