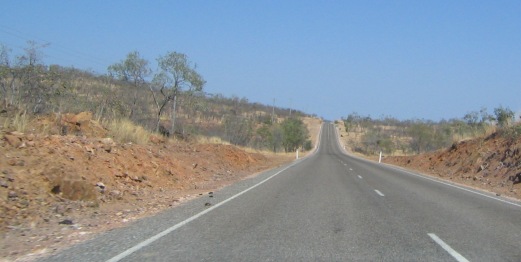 Waze, the GPS navigation service that allows drivers to share traffic conditions automatically in real-time, announced that it hit 10 million users just before Christmas. And we’ve just been given an update on how it’s performing specifically in the UK.

To give you a quick recap of the company, Waze is a community-driven application that learns from users’ driving times to provide routing and real-time traffic updates. The idea for Waze originated a number of years ago, when Ehud Shabtai, a software engineer, was given a PDA with an external GPS device pre-installed with navigation software. But Ehud observed that the product didn’t reflect the real-time changes that characterize real conditions on the road.

Needless to say, Ehud took matters into his own hands and began work on a dynamic traffic platform which combined GPS, open-source software and a community of drivers.

This mapping project, named Freemap, began life in 2006 in Israel. Two years later, Ehud got together with the entrepreneurs Uri Levine and Amir Shinar, and Waze was launched.

The 10m user milestone comes hot on the heels of UK Local Transport Minister Norman Baker announcing plans for a Satnav Summit which aims to “thrash out solutions to end the misery caused when lorry and car drivers follow out of date directions from their satnavs”.

Baker’s call for a Whitehall summit in March to discuss issues with out-of-date satnav maps has led Waze to jump on the bandwagon and promote its smartphone service, which lets drivers passively contribute road reports, updating maps in real-time as they drive. If they so wish, they can take a more active role in reporting hazards or road network changes when the car is stationary.

Waze has grown significantly in the UK since the localized version was launched last summer, and now has a driving community of more than 300,000 active users across the country. Indeed, September heralded a sharp rise, reaching over 60,000 new users a month by November:

New Waze users per month in the UK during 2011

More than 300,000 road reports were exchanged during the year too, hitting a peak of almost 120,000 a month by November:

Number of UK user-generated road reports on Waze over 2011

“It’s extraordinary the way driving communities have come together in the last few months, and their collaboration has produced nothing short of remarkable results,” says Noam Bardin, Waze’s CEO. “Users have helped each other save nearly 4 million hours of commuting time, resulting in an estimate of 27 million litres of fuel saved in 2011.”

Back in July last year, we reported that Waze had partnered with ABC’s local channel in Los Angeles to help motorists find the best routes through congestion, and in August it launched a new voice alert feature. The following month, it announced a new Custom Groups service to feed traffic conditions to media organizations.

Waze isn’t the only community-driven (excuse the pun) road navigation initiative. Last year, we reported on Our Travel, a £1.6m research project at Lancaster University in England, aimed at enabling road and rail travelers to share information about their journeys such as the best routes to use to avoid delays.

Our Travel is a travel information tool built on social networking, with direct information from transport workers feeding into the system. The aim is to reduce congestion and improve the UK transport system as users find more efficient ways to travel.

Furthermore, traditional satnav companies are also turning to the community too, with TomTom announcing back in November that as part of its intelligent routing and traffic service, users of its IQ Routes system have helped to share more than 5 trillion pieces of traffic data with the company.