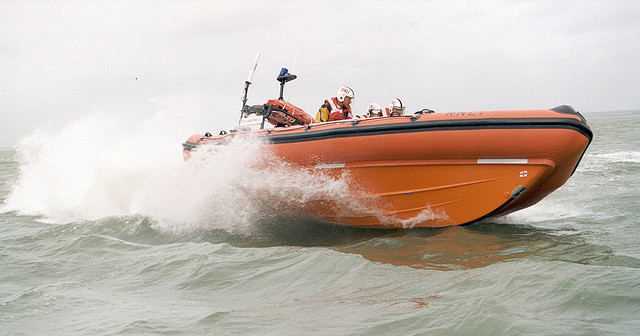 If you fancy contributing to a Guinness World Record and helping raise money for charity, a new campaign to generate the most comments in a day on an online news story might be right up your street.

Starting at 6am this morning, Trefor Davies and his team opened up comments on a story posted to trefor.net, asking visitors to leave a note and contribute towards a world record. For every comment left, £1 is being donated to the Royal National Lifeboard Institution (RNLI), making it a worthwhile use of your time.

According a Telegraph report, Davies believes that not only will it help boost donations to a deserving charity, it also serves as an “interesting technological and social context that reflects the times in which we live”.

To ensure that he would be able to launch his record attempt, Davies was allowed to test a new data centre facility for one week exclusively, allowing his site to cope with the influx of comments on his post.

The Telegraph explains how the idea came about:

[Davies] had the initial idea in a pub. The tech blogger said he would give a customer’s favourite charity £1 for every comment left on his site, www.trefor.net, by members of staff from that customer’s business. A short while later this grew to £2,000 if they could get a world record out of it.

The next morning, in the cold light of day, Davies wondered what he had committed himself to. The Guinness World Record people told him that he would need 100,000 comments – far more that he had originally had in mind. In fact the original £2,000 seemed paltry compared to the level of comments that would break a record. The RNLI was contacted and were content with the cash plus a link from the record breaking blog post to their site, which might provide some additional donations.

To get involved, all you have to do is head over to the official world record post and leave a comment. Alternatively, you can head directly to the official JustGiving webpage and pledge some of your own money.

Davies asks that the comments are kept short, requesting that when visitors comment they tweet it using the #comment24 hashtag to help spread the campaign across Twitter and encourage others to visit the site.

Read next: 7 Killer Flash sites that should be remade with HTML5 and CSS3