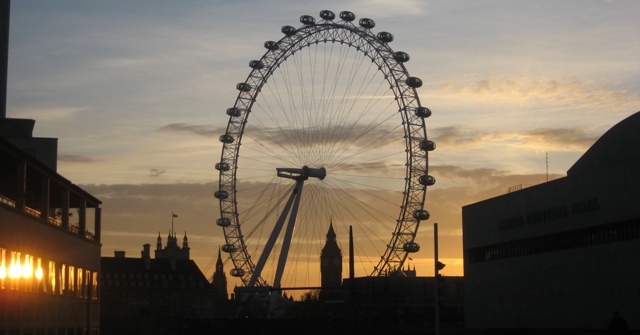 O2 is today switching on the UK capital’s first 4G mobile network, giving some users a glimpse into what the future may hold, with superfast mobile broadband.

With 22m users, O2 is the UK’s second largest mobile phone network, but this city trial will run initially with around a thousand people, businesses and venue owners, who will be kitted out with the latest 4G equipment and given access to the UK’s largest urban 4G network.

Back in December 2009, we reported that O2 had successfully completed a trial of Long Term Evolution (LTE) network equipment in the UK. LTE is the name of a high performance air interface for cellular mobile communication systems providing the infrastructure for what is known as 4G. And in May this year, we reported that Everything Everywhere, the parent company of Orange and T-Mobile, was trialling 4G LTE broadband in rural parts of the UK.

This latest 4G trial will run until June 2012, and it will hopefully herald the beginnings of a new era for fast mobile broadband in the capital, though a full-scale city or national roll-out isn’t likely for at least a couple more years.

Earlier this year, we reported that so-called mobile commerce ‘not spots’ – areas where mobile shopping is lagging behind the national average – weren’t exclusive to rural areas, and that it’s under-performing in key urban areas too, including central London.

Over 25 4G sites will go live across London, covering a combined area of 40 square kilometres, between now and summer 2012. The network will stretch from Hyde Park to The O2 Arena in Greenwich, and has been designed to cover key areas of the capital including Canary Wharf – a major business district – as well as Soho, Westminster, South Bank and Kings Cross.

It’s hoped that the network will provide a mobile Internet experience comparable to the fastest landline fibre home broadband connections, which will open up many more mobile services to consumers and businesses, such as high-definition film and music streaming, m-commerce and online gaming.

“Today’s launch of the UK’s first 4G London trial network demonstrates our commitment to delivering 4G to our customers at the earliest opportunity”,  says Ronan Dunne, Chief Executive Officer of Telefónica UK (O2). “The work we are doing now will lay the foundations for our commercial 4G network when it launches in the UK.”

O2 will provide trialists with Samsung B3730 mobile broadband dongles, supporting speeds of up to 100Mbps, as well as 4G personal wireless hotspots and handsets from a number of other vendors. Retailer John Lewis will be one of the businesses participating in the trial scheme, and it will pilot 4G to see what impact it will have on its operations internally.

O2 will collate real-time network performance data, as well as anecdotal feedback from customers, and the results will be used to shape the mobile network’s plans for the commercial implementation of its 4G network, following Ofcom’s 4G spectrum auction, which is expected to take place in 2012.

“Our work in London will give us a better understanding of the capabilities of 4G technology and will allow us to explore the superfast benefits it will bring to people and industry across the UK”, continued Dunne. “This 4G trial is the next step on our journey to a smarter network – a network that offers a seamless, connected experience across multiple devices, locations and services. The forthcoming spectrum auction is a watershed moment for the UK mobile industry, which will see the release of the airwaves capable of powering a whole range of exciting next-generation mobile services.”

To get some perspective on what this new technology means, it’s worth noting that the 25 sites that are being tested in London will be able to carry more data than O2’s entire national 3G network does today. The full 4G roll-out can’t happen quickly enough.