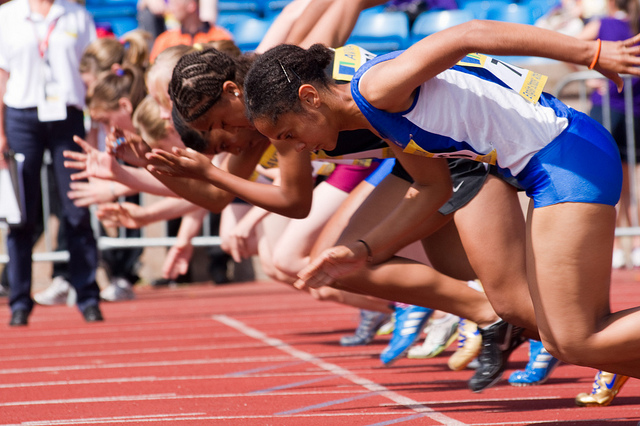 A lot of my life revolves around the Internet and digital technologies. The thought of spending 24 hours without online access has me nearly breaking out in a cold sweat. Growing up in the digital age, I can’t imagine a life offline but for many people in the UK all they know is offline. 8.7 million people in the UK have never used the Internet. They’ve never received or sent an email, never ordered something from Amazon, never watched a baby panda sneeze on YouTube or sent a Facebook friend request. But a campaign led by one of Britain’s best known digital entrepreneurs is looking to change all that and make the UK the first nation in the world to have a 100% web savvy population.

The aforementioned entrepreneur is Lastminute.com co-founder and digital champion Martha Lane Fox. She’s fronting the government backed Race Online 2012 and Give An Hour campaign. The Race Online 2012 aims to “inspire, encourage and support” Britain to get online while the Give An Hour campaign looks to recruit “digital champions” to give an hour to help those offline get online.

This November, Fox is launching the campaign in Liverpool. On 1st November, Fox joined the panel at the Roy Stringer Lecture: The Democratising Role of the Web at FACT. The panel, which included Google’s Peter Barron and was chaired by Codeworks founder Herb Kim, addressed a wide range of issues and topics relating to role of the web. What particularly interested me, and what I think is a particularly important issue in the current climate, is the link between digital deprivation and social deprivation.

This isn’t a new concept. In 2008, the Department of Communities and Local Government published an analysis of social disadvantage and the information society which states that “those who are most deprived socially are also least likely to have access to digital resources such as online services.” The Race Online 2012 campaign states that of the 8.7 million people in the UK who are offline, 39% are over 65 years old, 38% are unemployed and 19% are families with children. Cost plays a big part in the digital exclusion of these groups. This is something Fox hopes her campaign can combat.

“I want to do all I can to remove affordability as a barrier. We are working with our partners to offer £95 refurbished computers for those receiving benefits and are also with Registered Social Landlords to secure affordable connectivity deals for their tenants. About 50% of all those offline live in social housing.

It’s essential that we remove this divide. With 9 out of 10 jobs only advertised online and the average family saving over £200 a year by being online – even after you take off the cost of buying and running a pc – it is just not acceptable that those with the least resources are not able to take advantage of all the benefits the web brings.”

Fox’s view is supported by the fact that unemployment is at a 17 year high of 2.57 million in the UK. If the nation is to do everything it can to boost employment and the economy, we need to be utilising all of our resources. The Race Online 2012 is a great way of promoting the need to get online and the Give An Hour campaign is a good way of bringing people together to help one another but the technology itself plays a vital part. 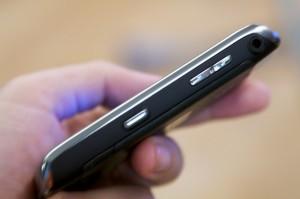 This week I attended another event on Merseyside, TEDxLiverpool. The talk’s theme was A Mobile Future. Mobile devices are going to play a massive role ingetting the nation online. Smartphone contracts are now available from as little as £10 a month. This provides a cheap alternative for accessing the web. The power of mobile has been demonstrated world wide from the the Middle East’s spring uprisings to the role it played in the London Riots. I don’t give these examples to show how mobile should be used but to highlight how accessible mobile is to a wide range of people.

However like with overall Internet use, there is still a knowledge gap in the UK when it comes to mobile. In October, The Guardian newspaper reported that half the population owns a smartphone but that not all owners are making the most of the phone’s capabilities. Carolina Milanesi explains.

“People are still pretty much using them for calls and texts,” she said. “What’s needed is for people to be educated more by the handset companies about what they can do with the device…

Apple is good at showing people how they can use apps, but other companies need to move away from saying they’ve got five-megapixel cameras or whatever.”

But Milanesi expects people’s knowledge of smartphones to increase as technologies develop.

“I think next year we will see people using these devices more effectively as more apps become available on low-end devices, especially as those become more powerful.”

I agree with Carolina Milanesi in that the companies behind the technology need to play a part in the nation’s digital education. Jobs’ greatest legacy was making high-end technology accessible and understandable.

Read next: Silverlight's coming 5th version could be its last