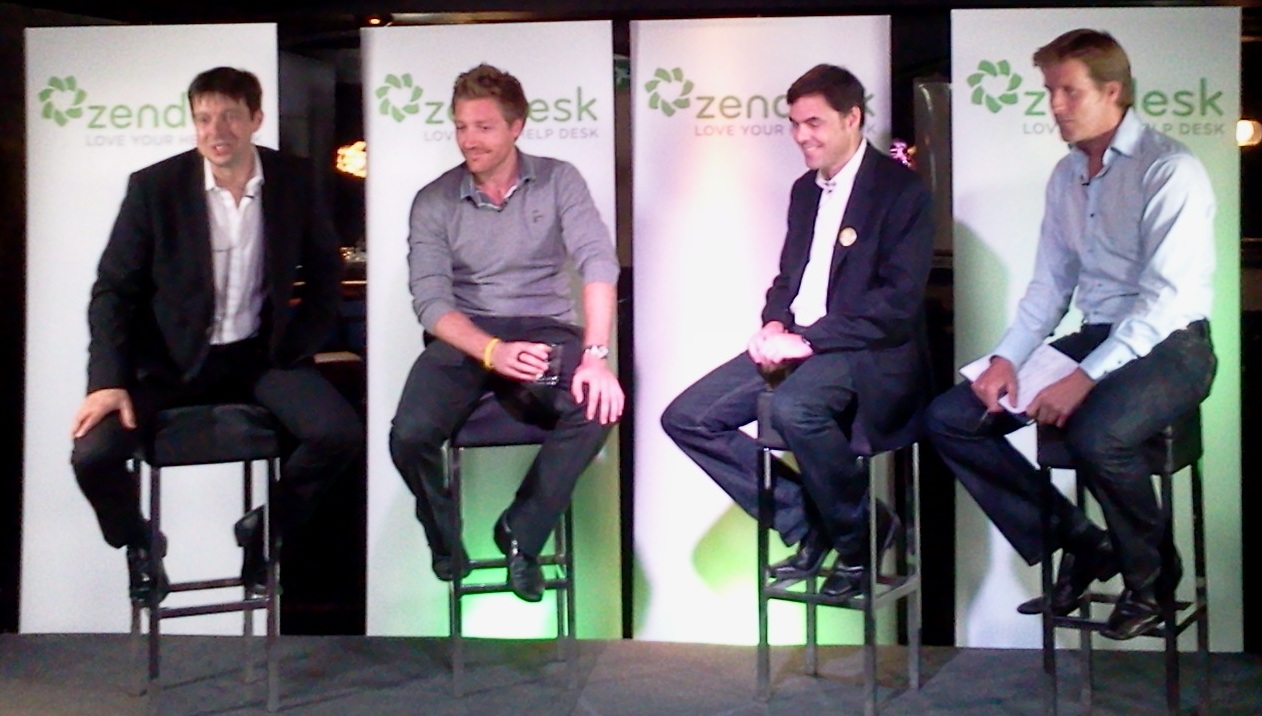 Zendesk, the cloud-based help-desk software provider, has launched a dedicated European headquarters in the heart of London.

The company was founded initially from a small Copenhagen loft in 2007, and following two funding rounds in 2009 Zendesk moved its main operations to San Francisco, by which point it had a thousand customers.

Today, Zendesk has over 10,000 customers around the world, a quarter of which are in Europe, including the NHS, Conde Nast, Tweetdeck, John Lewis, SAS Airlines, London School of Economics, Moonfruit and Groupon.

The Next Web was at the Zendesk launch event yesterday, and caught up with COO Zack Urlocker, and Matt Price, VP and General Manager for the EMEA region.

I’m told the London office will have 5 support staff on the ground at first, and this will be expanded over the coming months. Zendesk currently has 80 employees in total across the company and it is also launching an office in Germany at an event on June 30th.

“Zendesk has come a long way from a loft in Copenhagen in 2007. The establishment of a dedicated European headquarters is recognition of the phenomenal growth we’ve achieved here in a very short time. We look forward to helping many more businesses as well as our existing customers to deliver exceptional customer service at dramatically reduced cost.”

For those who haven’t heard of Zendesk before, it’s fast becoming one of the most popular options for businesses of all sizes to tap into an ‘out-of-the-box’ customer support system. The system includes email ticket tracking, provides a customer self-service portal, and general help-desk reporting and tracking.

For small companies, it means they have a ready-to-use, centralized customer support system, meaning that issues are properly tracked and a full history of an issue is recorded for future reference. Many larger blue-chip companies use Zendesk too, such as Adobe, SAP, Sears, Sony Music, and Twitter.

Zendesk also announced an integration with Twitter last year, whereby companies can use Zendesk to tap into conversations on Twitter – you can track keywords and phrases, generate a customer support ticket and offer support to both existing customers and potential new clients.

Thirty million users are registered in Zendesk across its customer base and the users create more than 150,000 tickets each day. A ticket is created, solved, or commented on 700,000 times a day, and Zendesk has created a neat little map which illustrates this activity in real-time, click on the map below: