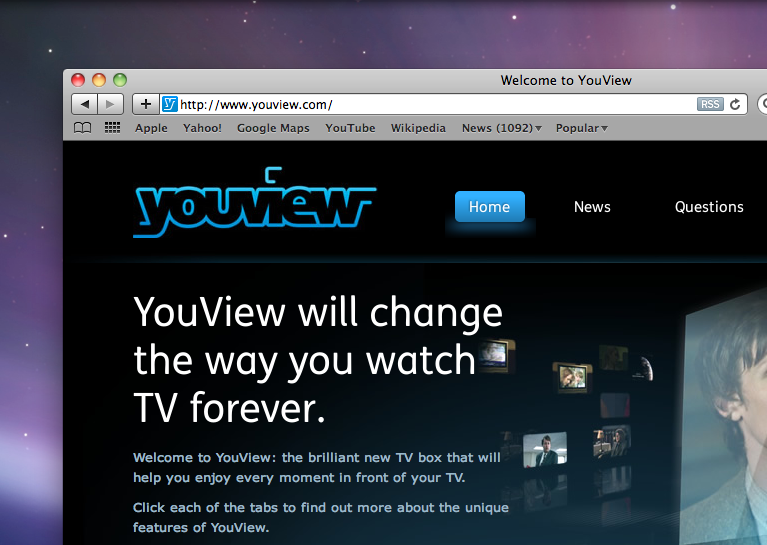 YouView, the UK’s next generation TV service, has announced that it will delay the launch of its internet TV service until 2012, confirming rumours that its launch would be knocked back by more than a year.

The service, originally known as ‘Project Canvas‘, was officially announced in September 2010 and was billed as a platform that could sit between existing cable services and new internet-connected platforms like Google TV.

Offering a programme guide that went ‘back in time’, YouView says that users would be able to watch catch-up TV services including BBC iPlayer, giving developers the opportunity to build their own apps to provide extra functionality at the same time.

YouView will now roll out a product trial at the end of this year, planning a full consumer launch for early 2012, also announcing that it would soon publish its core technical specifications for launch, providing the standards on which developers and broadcasters can work on.

“Our focus has always been to deliver a product to consumers that is right, but not rushed. Creating a truly open TV platform that will bring consumers increased choice has required significant technological innovation. Our timings for the launch reflect the scale and complexity of this project.”

The delay could help YouView in the long-run; by the time it launches internet-connected TV devices could claim a fair share of the market, meaning that when YouView launches, consumers will be aware of what the technology can offer.