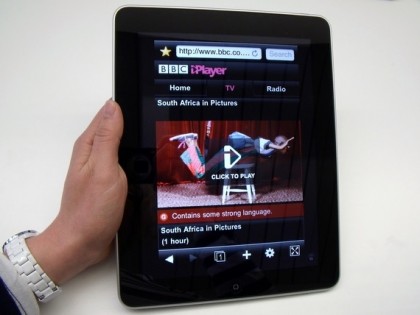 PaidContent is suggesting that after 12 months of waiting since its announcement and six months after being given the go-ahead by the BBC Trust, a BBC iPlayer app for iPhone, iPod Touch and iPad could be launching on the App Store as soon as February.

The launch is expected to come before Future Media and Technology Director Erik Huggers departs from the BBC and heads over to Intel, coming just weeks after the corporation announced that it was to cut its online budget by 25%, slashing half of its websites and laying off as many of 400 staff over the next two years.

We recently reported that the BBC’s online streaming catch-up service broke its own record for requests received in one month, posting 145 million requests over the month of December and that the service is due to launch worldwide, expanding BBC programming to countries including the United States.

We have contacted the BBC for comment, we will update should we receive a reply.