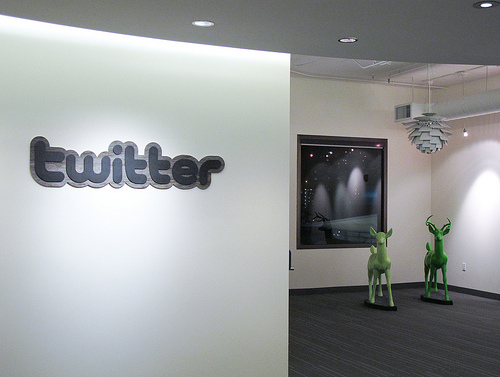 We reported some weeks back that Twitter was on the lookout for a new European office, adding recently that the company could be setting up an operational base in London.

According to The Telegraph, British Prime Minister David Cameron, joined by Boris Johnson, Mayor of London, met a number of Twitter executives at Number 10 on Thursday, using the meeting as an opportunity to convince Twitter staff that London would be the ideal location of its future European headquarters.

According to sources, Mr Cameron and Mayor Johnson focused squarely Twitter’s Head of International Strategy Katie Jacobs Stanton, detailling the benefits of London to her plus a number of advertising executives and key technology partners.

As The Telegraph points out, David Cameron looks to have impressed Twitter’s Strategy head, who tweeted she was impressed with the British Prime Minister, London’s Mayor and the teams at Number 10:

Now its a case of waiting to see where Twitter executives decide is the best place to set up its new European headquarters. Twitter remains tight-lipped, releasing the following statement:

“We are considering London and other European locations to create an initial and small presence in 2011.”

We are keeping an eye on this story, more as it comes in.

Read next: App Store Classics: Cupcakes! is catnip for toddlers