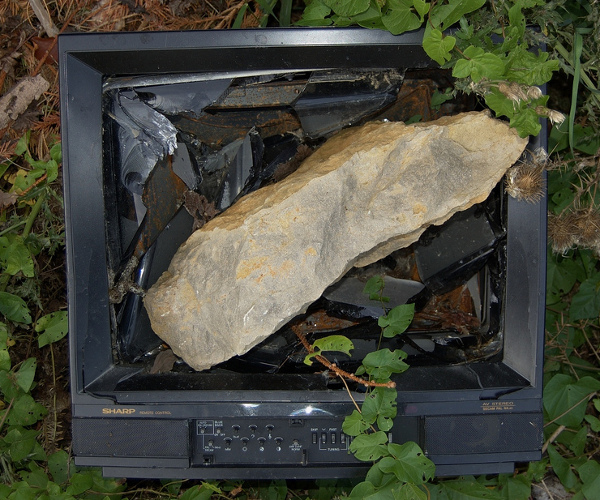 I’m writing this from a UK perspective, but it could equally apply for most places in the world…

Options for streaming TV shows in the UK truly are shockingly limited.

Sure, if it’s been shown recently most popular channels have an online catchup service. However, while streaming of older, back catalogue TV shows is a potential goldmine, right now it’s so much hassle that it’s no surprise that many people resort to illegal means of obtaining them.

While the US is starting to get its act together with online streaming devices that connect to TVs looking like a popular gift this holiday season, in the UK we’re further behind.

Listening to the excellent Media Talk podcast today I was inspired to catch up on TV show I’ve heard nothing but praise for and never got around to watching – Mad Men. Sure, I could probably have the whole first season downloaded and ready to watch via BitTorrent in an hour or two but I want to reward the people who made it by doing it the official way – surely it’s not difficult? Turns out it is… I found Mad Men available to stream in about ten seconds by searching Google for “Watch Mad Men”. Not only was it an unofficial stream, it was on a shady-looking site that shoved tacky popup ads in my face. Time to look elsewhere.

Luckily, if you look a little further there are a range of sites that offer on-demand streaming of TV shows. The BBC iPlayer would have had Mad Men to stream for free if it had been shown in the past two weeks, but they’re in the middle of showing season four right now so there was no joy there.

Being prepared to pay to stream the show, I checked the few UK sites that offer back-catalogue shows at a price. SeeSaw didn’t have it, but LoveFilm did have it as a “Watch Now” option. Success!

Challenge 2: Not being ripped off So, LoveFilm was willing to stream me Mad Men, but at a steep price of £1.89 per episode. That’s exactly the same price as iTunes charges to download and keep each episode forever! If I streamed the entire series at that price I might as well buy the DVD box set. Surely there should be a discount for watching once? SeeSaw charges a much more reasonable 99p per episode for its ‘premium’ range but that’s limited to a small selection of BBC, Universal and MTV shows at present.

So, I can stream back catalogue TV shows on demand in the UK but choice is limited and prices can be high. Might life be easier with a box dedicated to streaming entertainment to your TV? This holiday season in the US, the Roku Digital Video Player; the Google TV -powered Logitech Revue; the Boxee Box and the new, streaming-only Apple TV are among the competitors vying to bring online content direct to the largest screen in the house.

In the UK, only two of those – the Boxee Box and Apple TV – are lined up for this Christmas. Streaming back catalogue shows might not be made any easier though. The Apple TV (which has 99 cent TV show streaming as one of its main selling points in the US) completely lacks TV shows in the UK for now, sadly. The Boxee Box is looking more promising with content from BBC, CNN, Channel 4, Comedy Central and ITV among the deals announced. However, whether this entirely recent “Catch-up” content or if any back catalogue shows will be available isn’t clear, so the dream of streaming old shows on a whim may still be some way away.

So for now it’s just simpler download illegally than stream on demand in a way that benefits the creators of the show. Why didn’t the TV industry see this coming, learn from the music industry and get deals sorted to make all this possible before people turned to illegal means?

Me? I’m just going to borrow the DVD box set of Mad Men from a friend. It’s more legally acceptable than BitTorrent but producers Lionsgate Television have lost out on my cash. Sad.

Read next: Our bodies are going online - but where will it lead us?