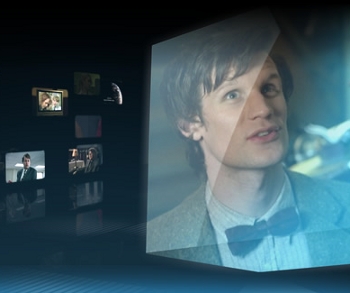 TV viewers in the UK could be hooking into an online TV service called YouView from next year.

Project Canvas, the consortium of broadcasters and technology companies looking to bring Internet-connected services to UK TVs, has announced that the 2011 will see the launch of set-top boxes under the YouView name.

The subscription-free service will combine digital TV channels with the last seven days’ catch up TV, as well as bringing “A full range of on-demand services and interactive extras straight to the living room.” Boxes will also contain a PVR fuction for recording programmes for later viewing.

Offering a hint at how the interface of the new service will work, Project Canvas says that it will have a viewing planner that goes backwards as well as forwards, pulling in live transmitted TV over the air, the last week’s worth of programmes from the Internet and allowing users to schedule recordings of future shows. It will also offer a platform for apps and widgets. Potential developers can find out more here.

The battle for the Internet connected TV market is hotting up. Google’s own TV offering is lined up to launch in the USA while Apple recently turned its TV set-top box offering into an iOS-powered streaming service that could well be extended to support apps in the future.

While YouView is to be a UK only service, it has been smartly marketed to echo both YouTube and the UK’s existing free-to-air digital service Freeview. Therefore, it could gain real traction among UK consumers as an ‘upgrade’ to an exisiting Freeview box.

Read next: Social media and group buying. Why it's a match made in heaven.