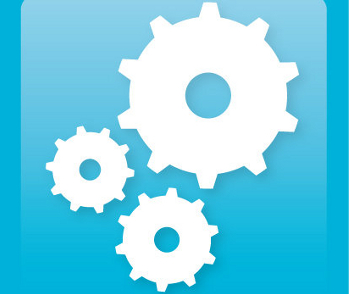 Designed to give startups a short, sharp shock that drives them forward to become successful businesses, seed accelerator schemes are highly popular in the USA.

The Y Combinator and Techstars model of giving startups intense coaching on their business model, technology and future plans over a period of weeks is growing in popularity in Europe. Seedcamp is a popular example with its one-week course. Another is the Difference Engine, a thirteen-week programme based in Middlesborough which has just seen its first wave of startups graduate.

Difference Engine founder Jon Bradford is currently on a European ‘tour’ to show off the startups who took part and to drum up interest in wave two, which is currently open to applications. Last week he visited Manchester’s Techcelerate event along with two of the companies who made it through the programme successfully and  had a chat with him to find out how he felt it had gone.

Jon Bradford doesn’t cut the stereotypical figure of the accountant and sometime venture capitalist that he is. Relaxed, chatty and wearing a t-shirt he has more in common with the startups he mentors than the suited-up moneymen he might normally be associated with. Despite his laid-back air, he describes the Difference Engine as a “Bootcamp” and he truly means it.

Startups work seven days a week from 8am to midnight, talking to mentors and working on their products. These mentors, successful entrepreneurs, gave their time for free and Bradford says that the Difference Engine is based on karma as much as anything else. Mentors were happy to help for no fee as it was a only short course, they were “giving something back” to those following in their footsteps… and there’s always the chance of getting in on a few business deals along the way. In fact, one mentor ended up as chair of one of the startups when the programme ended. That said, basing a programme on karma was a hard sell to the public organisations who helped fund the project, apparently!

Startups get £20,000 to cover living costs over the 13 week period and the few months following while they seek funding for their businesses or develop them further. In return the Difference Engine takes 8% of common stock in each startup. However, Bradford says that love is just as important as money – he enjoyed the thrill of discovering cool products and helping to take them to market.

Although the Difference Engine is based in the small town of Middlesborough, 250 miles from London, Bradford sees that as an advantage. “In London there are so many distracting events for entrepreneurs to attend. Being in Middlesborough means that there are no distractions; the startups can just get down to working hard at their businesses”.

If Bradford has one regret about the first wave of the Difference Engine, it’s that he didn’t have enough time to spare working with the startups himself. Although he was in the room with them for the full thirteen weeks, administration and organisational tasks took up much of his time. Now that he’s settled into the routine of the programme he plans to be a lot more hands on in wave two.

The Difference Engine is currently taking applications from startups worldwide. Digital and technology-based businesses will be considered, as will companies producing digital content. The video below is designed to show applicants what could be ahead for them and features interviews with some of the first wave’s startups.

Read next: Forget Diaspora, We Need Someone To Save Twitter