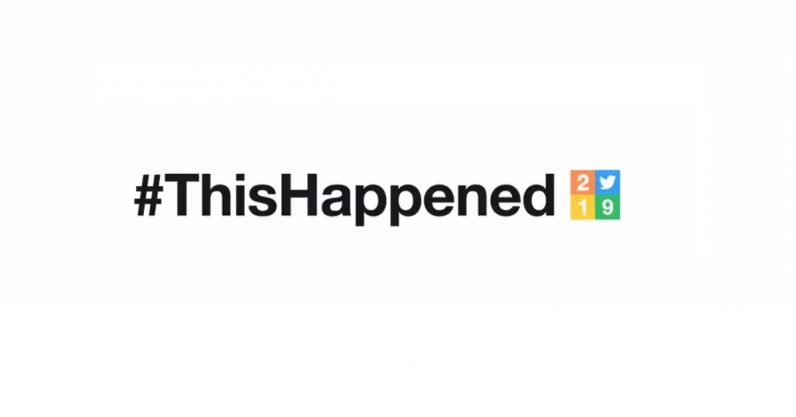 Twitter today released its data what’s proved the most popular on the site in 2019. If you’ve been on Twitter regularly for the past year, most of these probably won’t come as a shock. Still, it’s nice every once in a while to see what the social media site collectively obsessed over this year.

The hashtags for the year paint a pretty bleak picture, as several of them concern natural disasters or regular man-made disasters. The top news-related hashtag was #NotreDame, concerning the tragic fire that destroyed most of the historic building. Other hashtags concern the Christchurch shooting, the Hong Kong protests, the Venezuela riots, Typhoon Hagibis in Japan, and the fire in the Amazon. It’s not a happy microcosm of the year, but it does show how passionate Twitter users are when it comes to causes. In fact, many Hong Kong protesters joined Twitter specifically to spread the word on what was happening to them.

As for retweets, Twitter did note it wouldn’t count one particular tweet from Japanese billionaire Yusaku Maezawa, which is actually the most retweeted tweet of all time. This is because Maezawa offered 100 million yen to 100 randomly selected retweeters, and Twitter disqualifies anyone who offers money as an incentive to retweet. Thank goodness for that, because I’ve seen way too much of that on Twitter.

It turns out the tweet that (legitimately) nabbed the top spot for “most retweeted” was an egg. And I don’t mean an “egg” as in the slang term for a new account using the now-defunct egg as its default avatar — I mean an actual egg. The user asked for everyone to give it more retweets than Maezawa’s tweet. It still baffles me that users can say “Let’s make X the most retweeted thing ever” and Twitter just follows suit. Nowhere else in the world have I known internet mobs to be so compliant. But hey, all hail your new Twitter lord, this chicken egg.

Let's set a world record together and get the most retweeted tweet on Twitter. Beating the current world record held by Yusaku Maezawa @yousuck2020 (5.3 million!)

The second most-retweeted tweet was a video posted by the most-talked about musical act, K-Pop legends BTS. The video shows youngest member Jungkook dancing. By itself, that’s a sensation (yeah, I stan; deal with it). But, and meaning no offense to Jungkook, it’s the third-most-retweeted video I love the most, because it’s a bunch of grown men running screaming from a baby bird and that will never not be hilarious.

Game of Thrones naturally dominated the discourse on TV, because its controversial final season sparked more than a few online rants. (I oughta know — I did about six.) Meanwhile, Disney must be dancing in the aisle, because six of the most-discussed movies belong to it, with Avengers: Endgame taking the top slot.

Overall, Twitter hasn’t changed much from last year’s favorites. BTS still owns the world’s heart, Marvel movies are tops, and adorable animals are adorable. But there’s nothing really wrong with that, is there?

Read next: Huawei still banking on Android, HarmonyOS phones still a year away