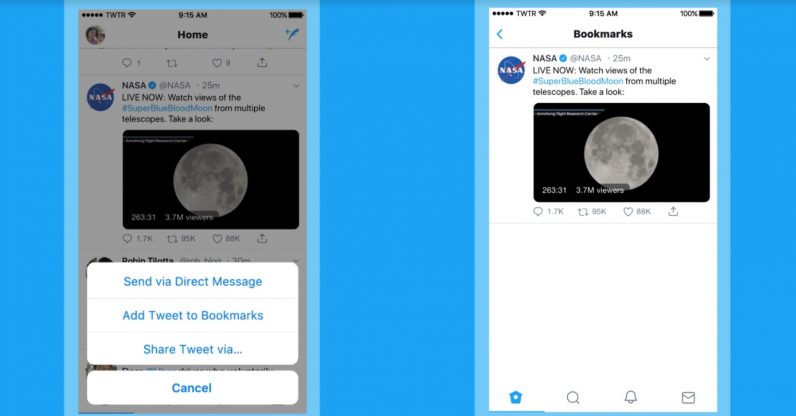 Twitter today announced it’s rolling out a new Bookmark option for tweets, as well as a new way of sharing them with friends.

First spotted last October, the Bookmark option lets you save tweets in a private list. This way, you can save tweets, links, and threads for later perusal — particularly useful if you’re like me and find twenty interesting links while browsing Twitter during a five-minute break and can’t afford to go down the rabbit hole in the moment.

Twitter is also adding a new “Share” option to tweets. Replacing the envelope icon — which was for sharing via DMs — with a more standard “arrow in a box,” the Share option now includes sharing via DMs, saving tweets to Moments, and sharing via outside apps such as email. This menu is also where you’ll find the Bookmark option.

TNW’s 2018 Conference is coming up soon, and we’ll be talking about social media, influencers, and app development. For more information, visit our event page.

Read next: OnePlus 6 'leak' shows glass back and iPhone-like notch