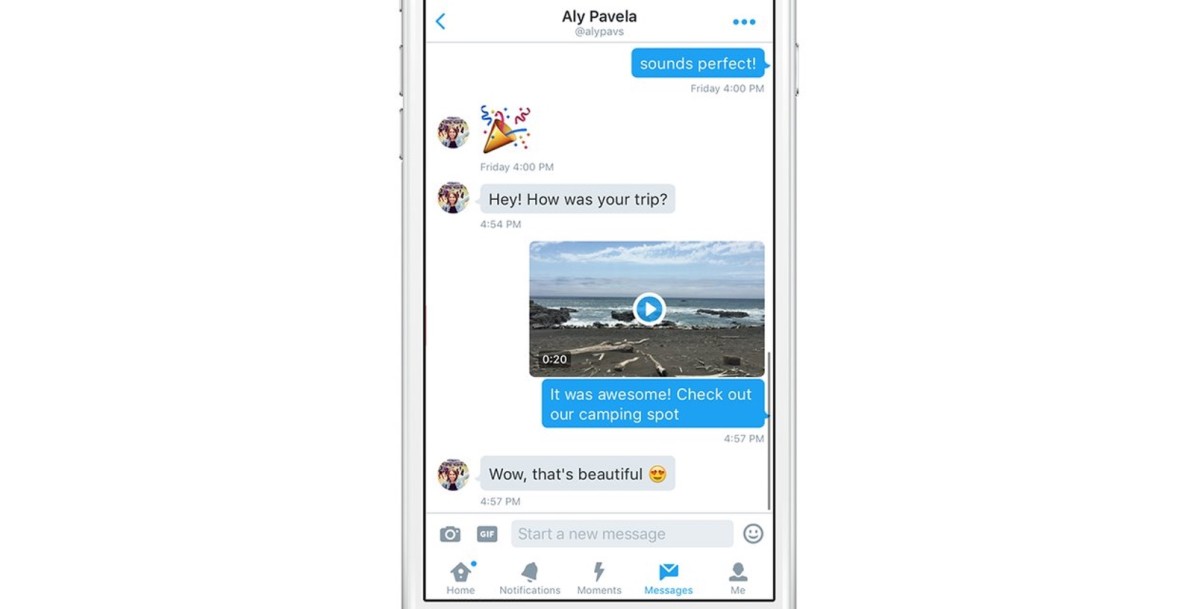 Twitter is adding another key feature today. In addition to GIFs, you can also capture and share video in Direct Messages.

It’s another way Twitter is trying to make DMs a bit more like other standalone social chat options. Last year, it enabled the sharing of tweets in DMs, and let users send messages of up to 10,000 characters.

Starting today, you can capture & share videos in your Direct Messages. It’s rolling out globally on iOS & Android. pic.twitter.com/b5CgWyTQ3H

The feature is rolling out on Android and iOS. The Web client will let you view videos, but you won’t be able to capture them with a webcam.

It’s not groundbreaking, but does show Twitter is at least paying attention to DMs as a service, and possibly a platform.