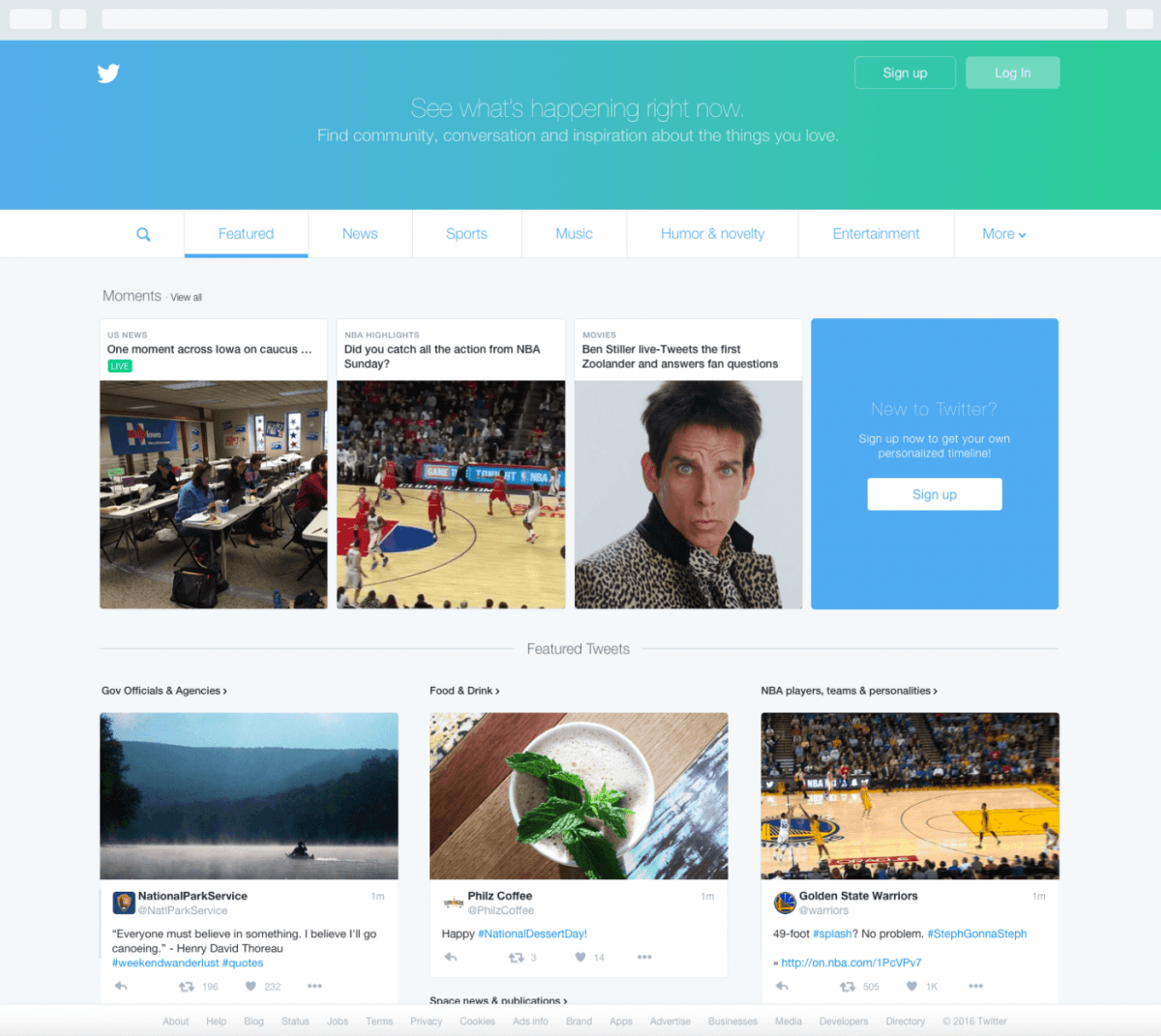 One of the biggest bits of Twitter news last year was its move to make trending tweets accessible to visitors without requiring them to create an account or sign in – effectively turning Twitter into an all-around news aggregation site. Now the company is bringing that functionality to 23 more countries.

Today we're bringing Tweets to more people around the 🌍 on our homepage: https://t.co/VIVfJCt2PU pic.twitter.com/C0htvdamPn

Prior to today’s update, users outside the US and Japan could see individual tweets without logging in, but not trends or full timelines. Now you they can visit Twitter and see a timeline of trending events and discussions without an account.

Meanwhile, the overhauled desktop twitter.com interface – which shows off the company’s Moments tool, as well as some featured tweets – will be available around the globe as well.

➤ Bringing Tweets to more people around the world [Twitter]

Read next: Uber rebrands itself with new icons and a 'substantial' logotype