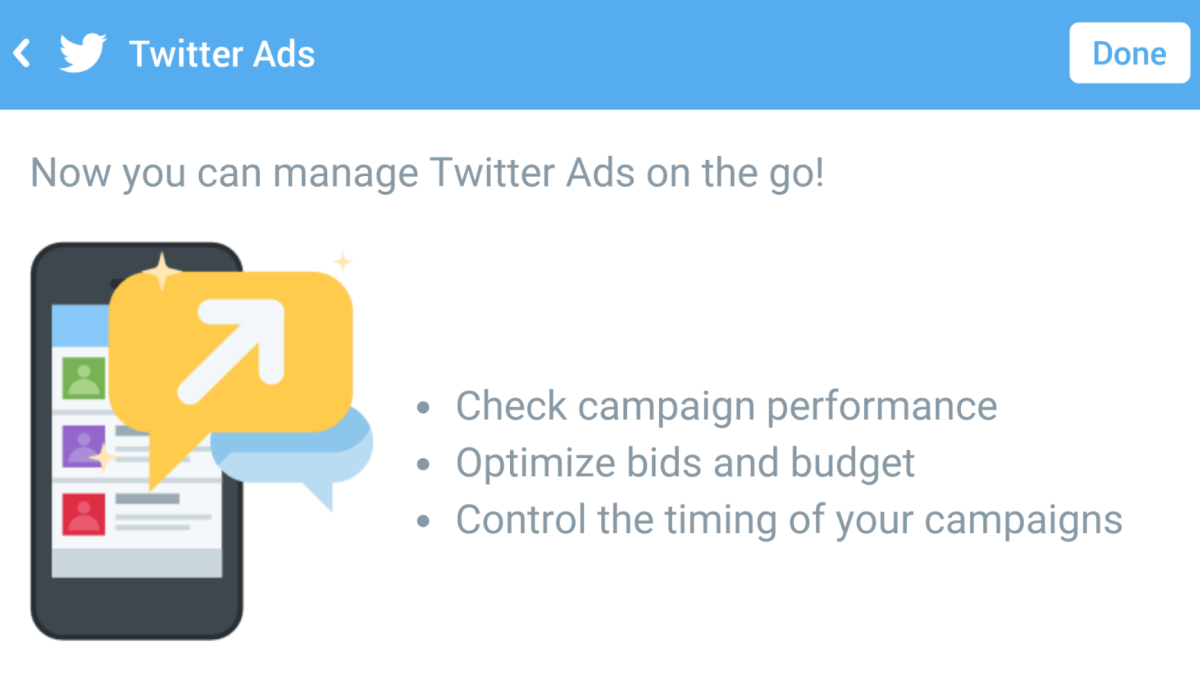 Twitter’s mobile apps could be getting a notable upgrade for social media guru’s: Some users are spotting new way to access ad campaigns on Android and iOS right from their profile page.

If you update to the most recent version of the app on either platform, you might spot a new graph icon sitting atop your profile that lets you directly access a mobile version of the Twitter Ads manager.

From there, you can check your campaign performances, optimize your budgets and bids, and control you campaign timings. You won’t be able to create new campaigns, however; for that you’ll have to use the good ol’ Web interface at ads.twitter.com.

You were able to access the Twitter Ads from mobile previously, but that was only through an option buried in the settings menu.

It’s a notable move by Twitter showing a renewed focus on monetizing its platform. It’s unlikely most users care about ad campaigns – or even know what one is, for that matter – so placing the button front and center shows the company focusing more heavily on its advertisers.

Twitter frequently tests new features so it’s possible not everyone will see the new button, but if you manage social media campaigns it’s worth updating your apps to potentially give the feature a go.

Read next: iTunes Match via Apple Music isn't an improvement, and may ruin your existing library