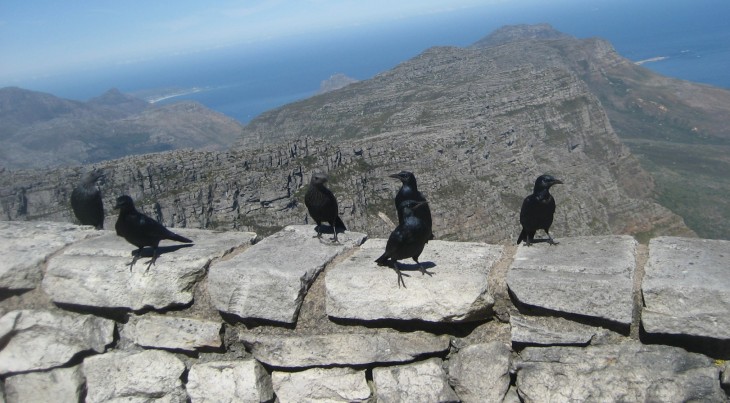 Twitter is synonymous with many things. It’s where people go to catch up on the gossip of their favorite TV shows, see what their favorite sports teams are up to, share pictures of disastrous attempts at homemade pizza, and yes, it’s also known for its trolls.

But Twitter has emerged as more than a simple low-level gossip platform. It’s proven to be a powerful tool for people to share news with the world. 140 characters…that’s all you need. And sometimes, what starts as innocent keyboard-bashing turns into something a lot more. Something that spreads like wildfire, with retweets from pillar to post that ultimately grips the world.

1. “…now I’m the guy who liveblogged the Osama raid without knowing it…”

On May 1 2011, Sohaib Athar was simply “An IT consultant taking a break from the rat-race by hiding in the mountains with his laptops.” On May 2, he became the guy who live-tweeted the raid that ultimately led to Osama Bin Laden’s demise.

He sent out a series of tweets that charted the raid, starting with the helicopter hovering in the skies above.

Helicopter hovering above Abbottabad at 1AM (is a rare event).

When news emerged of exactly what had been going on in his locale, Athar suddenly realized what he’d been tweeting about:

Uh oh, now I’m the guy who liveblogged the Osama raid without knowing it. — Sohaib Athar (@ReallyVirtual) May 2, 2011

This was interesting from a number of perspectives. Firstly, it showed how anyone can be citizen journalists whether they intend to or not. But over and above all this, it helped demonstrate how news of major events break online, from Athar’s tweets all the way through to Dan Pfeiffer, the White House communications director, posting that President Obama would address the nation later that night.

Sitting staring out to sea through his bedroom window in a house near Cape Town, Gregg Coppen witnessed something he would never forget. In the distance, he saw what appeared to be a huge Great White Shark devouring a person which, it transpired later, was a 37-year-old Zimbabwean by the name of Lloyd Skinner. Coppen sent out a number of tweets about what he saw, and it all kickstarted with this one:

Holy shit, we just saw a GIGANTIC shark eat what looked like a person right in front of our house in fishhoek. Unbelievable. — Gregg Coppen (@skabenga) January 12, 2010

It was this tweet, however, that was to prove the most striking – when he compared the size of the shark to that of a dinosaur.

We are dumbstruck, that was so surreal. That shark was HUGE. Like dinosaur huge. #sharkattack #fishhoek — Gregg Coppen (@skabenga) January 12, 2010

Indeed, his tweet made headlines around the world, and Coppen was invited in for TV and radio interviews.

As with the Bin Laden raid, this showed how Twitter can be used as a broadcasting medium by anyone, and brings first-hand accounts that would otherwise have waited hours or days to reach the public domain, into real-time.

Aja Dior‘s aunt, Tiffany Dixon, worked with pop superstar Whitney Houston, and she was present when Houston was founded dead in a bath in early 2012.

Before the newswires got a sniff, Dixon had mentioned this news to Dior who took to Twitter with the news.

However, it transpired that this tweet was actually preceded by another, from someone going by the name of Britney J Pullard, just 7 minutes after Houston was discovered.

It’s not entirely clear how Pullard learned of Houston’s fate so far in advance of the news breaking officially. And it’s also worth adding here that the tweets themselves garnered very little attention at the time, it was only after the fact was verified by official news outlets did they come to light. So you could actually argue these tweets didn’t achieve much in themselves, but it does help demonstrate the speed with which news can spread. It’s then the journalist’s job to verify what sources are reliable, and therein lies the challenge.

Almost an hour later, the news hit the wires, kicking off with the Associated Press.

4. Space shuttle launch, as seen from the clouds…

When 33-year-old Stefanie Gordon boarded a plane from NYC to Palm Beach, she and her fellow passengers were informed by the pilot that they may see the Space Shuttle Endeavour‘s final flight into space. It turned out they did indeed see it, and many passengers took photos as evidence. However, Gordon tweeted some snaps when she landed.

The photos went viral, with retweet after retweet helping to share her stunning captures across the social sphere. By simply being in the right place, at the right time, armed with a smartphone and a Twitter account, she could broadcast a monumental moment in history to the global masses.

Former artist and Weezer bassist Mikey Welsh predicted his own death on Twitter, by issuing this tweet on September 26 2011.

dreamt i died in chicago next weekend (heart attack in my sleep). need to write my will today. — Mikey Welsh (@MikeyWelsh71) September 26, 2011

He followed it up swiftly after with this correction.

@JVittitow correction – the weekend after next — Mikey Welsh (@MikeyWelsh71) September 26, 2011

Two weeks later, Welsh did indeed die of a heart attack in Chicago, apparently induced by a drugs overdose. Whether these tweets were deliberate allusions to his future intentions isn’t clear, but it’s remarkable to see one man’s thoughts documented and preserved in such a way, with the knowledge that his visions became a reality.

South Africa is a hotspot for carjackings, but one victim took to Twitter from the trunk of his car to seek help. After two armed men bundled him in, the car sped off into the night. But the the man did have his mobile phone and managed to send an SMS to his girlfriend, who then sent this tweet out:

Be on the look for DSS041GP my boyufriend has just been hijacked and is in the boot please RT — Lynn Peters (@onebadvillynn) April 7, 2012

Quite why he didn’t simply call the police himself is a mystery, but nonetheless it’s an interesting case that illustrates how Twitter is viewed as an ideal means to spread a message quickly.

7. Plane in the Hudson

Jānis Krūms posted an image of passengers huddled on the wing of US Airways Flight 1549, which crashed into the Hudson River shortly after take-off from LaGuardia Airport in New York. Krūms had been on a nearby passenger ferry that was redirected to help rescue people.

It’s a cliche for sure, but a picture in this case is very much worth a thousand words, which is perfect for Twitter.

This one pretty much speaks for itself. A simple message that acknowledges what everyone reading the tweet will already know.

President Obama’s message became the most shared tweet of all time within a day of it going out.

On the day the world learned of Apple’s Steve Jobs’ passing, tributes poured in from around the world. But among them was one from Microsoft founder Bill Gates, who as well as sharing rivalry with Jobs over the years, had also worked together when they were both setting out in business.

For those of us lucky enough to get to work with Steve, it’s been an insanely great honor. I will miss Steve immensely. http://t.co/g4HLDYtb — Bill Gates (@BillGates) October 6, 2011

It was a simple message from an old ‘adversary’, but one that resonated with many people.

‘Astro Mike’ may have sent the first tweet from Space, but it was perhaps the Curiosity Rover’s tweeting from the surface of Mars that really captured people’s imaginations.

Infused with a little humor, this was the first tweet broadcast from the Red Planet.

I’m safely on the surface of Mars. GALE CRATER I AM IN YOU!!! #MSL

But seeing is believing, right? This follow-up really set the wheels in motion for the Curiosity Rover’s rise to international stardom.

You asked for pics from my trip. Here you go! My 1st look (of many to come) of my new home… MARS! #MSL pic.twitter.com/894ouNJt

Twitter has evolved far beyond a simple microblogging platform to share inane chatter about what you had for breakfast.

A wealth of information is shared every second – most will be forgotten forever, some will achieve short-term exposure via a handful of retweets and others, as we’ve seen, will be etched into our memories for ever.

People used to say, “do you remember where you were when heard JFK was shot,” or “what were you doing when Elvis Presley died”. The answers would vary wildly. Now, there’s every chance that when you’re asked that question in the future, it will start with “…I was on Twitter…”.

Oh, before we go. Here’s one more bonus tweet…

Okay, this hardly gripped the world at the time. In fact, it probably only garnered a handful of views. But Jack Dorsey’s inaugural tweet is very notable, and serves as the first public tweet still available on the World Wide Web.

just setting up my twttr