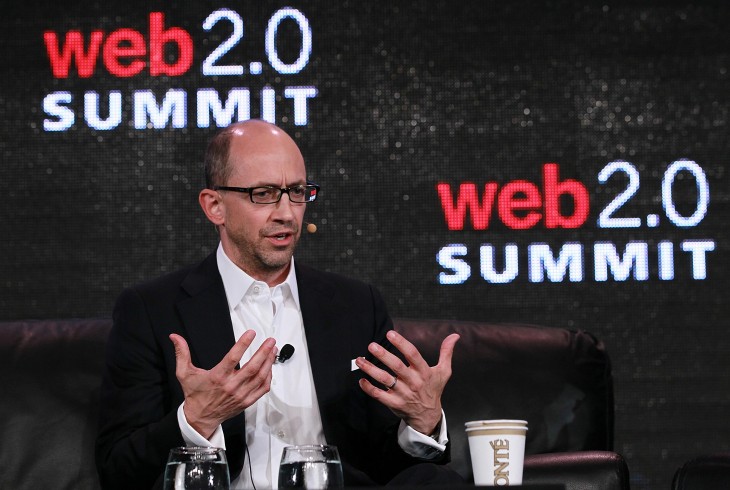 Twitter’s CEO Dick Costolo appeared on Bloomberg West television on Monday and said that his company is focused on driving user growth. He spoke with Emily Chang and said that user adoption has helped to fuel everything that Twitter does and that all that it’s done, with acquisitions and hirings, have helped to accomplish that. Furthermore, Costolo stated that he wasn’t going to let his competitor’s decisions affect the way Twitter’s thinking.

The interview with Costolo comes just a few days after the company celebrated its seventh birthday. A lot has definitely changed with the company once-called a microblogging service. Now, it has a desire to be called a media company and even a ‘global town square‘, something Costolo reiterated during his appearance.

User growth helps drive Twitter to be what it is

Chang asked Costolo about how important it was for the company to reach 1 billion users, to which Costolo said that the service’s user growth drives everything. It still has a long way to reach that number, something Facebook accomplished in October 2012. Twitter’s chief says that he looks at all the things that the company is trying to accomplish and what it has set out to do and says “it’s entirely in service to reach every person on the planet.”

Last year, the company shared that it had 200 million active monthly users, an increase of 60 million over a nine month period. As we reported then, based on our calculations, it means that Twitter has seen an average of 6.6 million new users per month, which means it would take the company over 15 years to hit Facebook’s 1 billion user mark at its current pace.

Speaking of Facebook, is Twitter worried about the world’s largest social network? All evidence to the contrary as Costolo says that while companies need to understand the competitive landscape and know what others are doing in the space, his company is not going to let what Facebook is doing affect Twitter’s thinking. As he told Chang:

We have a really clear notion of where we want to go as a company and with the product. In fact I should say ‘products’ now as we’ve got– Vine in the market as well.  We’ve acquired Crashalytics and other things that we’re doing. So, we have a very specific, clear, and shared understanding of where we’re taking those things.

It’s fair to say that both Facebook and Twitter have done battle when it comes to acquiring interesting companies, such as Instagram. When that particular deal didn’t pan out, Twitter decided to launch its own photo-sharing app, complete with filters. Soon after, it launched its own six-second video recording service called Vine.

As Costolo puts it:

[I]n the overall vision of where we’re going, we don’t let those other things change our notion of what we’re trying to be.

Twitter is now 7 years old, but according to Costolo, the service is only just getting started. Even with its influence on the way some of the world’s events have transpired and its on-going evolution to being a ‘global town square’, Twitter says that it is changing the way people live, communicate, and how they interact in real-time. Costolo told Bloomberg that the company is focused on building out this global concept and that while it’s not thinking about an IPO (at least publicly), it thinks all the benefits and rewards of its focus will help Twitter in the long-run.

All about critical mass

After many years scaling the business establishing its basic premise, Twitter’s next move is definitely about the user growth, which as stated earlier, Costolo is aware of. As TNW’s Matthew Panzarino said earlier:

Right now, Twitter is a product in transition. Onboarding new users is still a work in progress, retaining those users is a moving target, and making sure that the experience is as friendly as possible to media content is an unfinished job. But there are glimmers of brilliance here, and signs that the transition to a strong second act might actually work.

As Twitter seeks to play a bigger role with TV shows, movies, events, and even larger global discussions (whether they’re political conventions, crisises, or anything else), it will surely need to find a way to engage more users to participate. Right now, while there are more people signing up, how many of those individuals are content curators? The more Tweets that are sent, the more it will maintain its appeal with advertisers and brands.

Read next: Twitter holding special mobile developer event on April 2 at its SF HQ to show off 'new features'