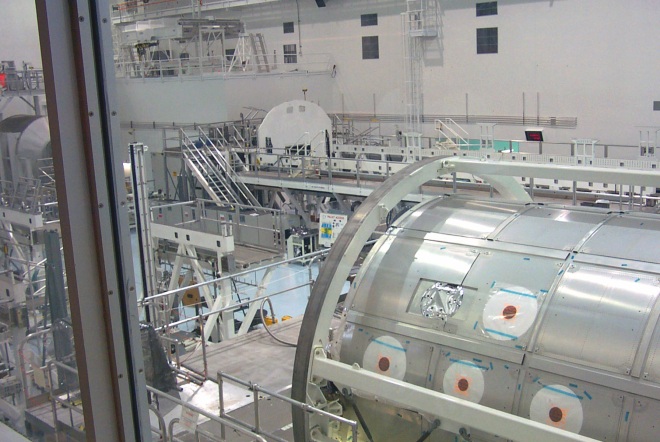 Twitter has (inadvertently?) killed another useful service: Twisst. The clever tool sends you a message on Twitter when the International Space Station (ISS) will be visible at whatever location you have in your Twitter bio. Unfortunately, Twitter isn’t having any more of that.

Sorry ISS watchers, no space station alerts today. Twitter is suspending my accounts the moment I use them to send tweets.

This is really unfortunate. Twisst is a great example of third-party developers using Twitter in an innovative way. It’s something the social network’s employees probably never imagined, but the flexibility of the service allowed for its creation.

So, what’s happening here? The fight against spam is being blamed:

Thanks for your kind response. @twitter thinks I am too spam-like. They’re getting more strict about how we all may use their service.

The Twisst community is understandably enraged, and Twitter has yet to say anything publicly. At the time of writing, the company has had nine hours to contact Jaap Meijers, who is already considering alternatives:

I will try to see if there is another way to avoid being suspended all the time. I’ll write a blog on it to explain further in a few days.

Unfortunately, it’s not clear if Twitter is aware of what it has done and is purposefully staying silent, or if this is an automatic spam filter that is doing more harm than good. Either way, Meijers isn’t pleased:

In the meantime, why not have a look at join.app.net ;-) Thanks again for all your kind replies, the support is really very nice.

In theory, since App.net is geared at users and developers, Meijers may have a better time developing Twisst. Unfortunately, it’s not that simple: Twitter is massive and Twitter is free. Few people are going to pay $50 to get updates about the ISS.

I have contacted Twitter about this issue. I will update you if and when I hear back.

Got a friendly email from Twitter. It says the problem is that the sender accounts are tweeting users who are not following those accounts.

I need a host of sender accounts (like @twisst59) to be able to send a lot of tweets, while staying under Twitter’s own tweeting maximum.

We still don’t know why this is suddenly a problem, as it apparently wasn’t before:

Anyway, doesn’t look good. “Right now the 1:1 communication aspect of your service is not scalable.”

The good news is that Meijers appears to be in high spirits after Twitter’s email:

I have sent a reply and we’ll see. Thanks again for your all your great support (#saveTwisst)! I’ll try to blog tomorrow to answer all faqs.

I have contacted Twitter again for a statement and will update you if I hear back.

See also:
Twitter no longer displays what client a tweet was posted with on web, emphasizing first-party apps
The Next Web is now on App.net. So, how should we use our account?

Read next: Money Dashboard: Britain's Mint.com relaunches to help you manage your spending in incredible detail