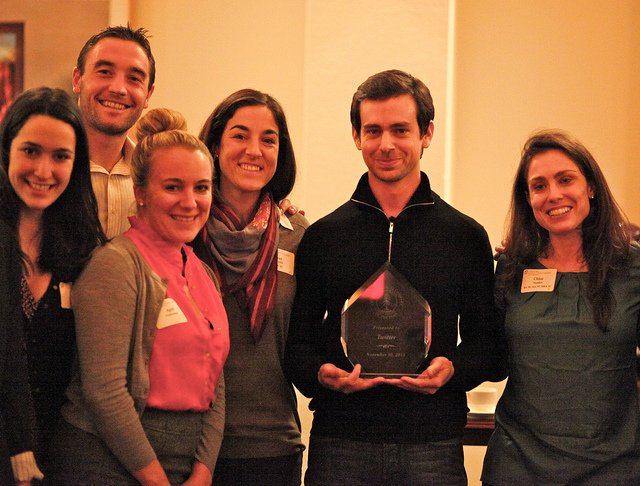 Facebook may have secured the $1 billion acquisition of Instagram last week but it appears it wasn’t the only social network that was interested in the service, with a recent New York Times report suggesting that Twitter was also in the running.

According to sources that were familiar with the deal, Twitter co-founder and Instagram investor Jack Dorsey had attempted to secure the purchase of the photo-sharing service in the months before the Facebook deal, but ultimately failed.

Mr. Systrom may have lost one connection in the deal: Mr. Dorsey of Twitter. His company, according to several people briefed on the matter, had expressed interest in buying Instagram in recent months. Mr. Dorsey once used Instagram daily to send photos to Twitter, but he has not been back since the deal was announced, perhaps a sign that he is not happy to see it in the hands of a competitor. A Twitter spokeswoman declined to comment.

Dorsey was one of a number of angels that invested in Instagram in February 2011. He joined Chris Sacca, Baseline Ventures, Benchmark Capital and Adam D’Angelo in a $7 million Series A round.

Dorsey may be frustrated at Instagram’s decision to join Facebook but he will of course have seen a return from the $1 billion acquisition as a result of his earlier investment in the company. He joins Instagram’s nine employees (with co-founder and CEO Kevin Systrom reporting netting $400 million) and twelve other investors in cashing in from the deal.

It also begs the question of whether Twitter’s interest in the service helped push the purchase price up to the one billion dollar mark.

Systrom has said that the service “is not going away” and that the company will be working with Facebook to evolve the service and build the network. He says that you will also continue to be able to share to other social networks, presumably including Twitter, and that the app will keep all of its features.

Facebook founder Mark Zuckerberg said that the company would continue to build on Instagram’s strengths, rather than just absorbing its features, ensuring that Instagram will stay independent from its owner. The company wants to spread the app and ‘brand’ to more people.

Since the buyout, Instagram’s winning streak appears to be showing no signs of slowing, with the service appearing to have hit the 40 million user mark just ten days after its Android application launched. When the app hit Google Play, the service already had 30 million users and within a day the Android app saw more than more than a million downloads.

Soon after its 1 million download milestone, it hit 5 million Android downloads in six days, making it one of the biggest Android app launches of all time. In comparison, the iOS version of the app took about six months to reach 5 million users.

Even the iOS app saw some love, becoming the most popular free app on the App Store for the first time, surpassing its new owner’s own app: Facebook.

Twitter has neglected to comment on speculation, but many were surprised that Twitter had not moved to secure one of the hottest mobile app properties to bolster its growing service. It now appears the company did, but wasn’t able to secure the deal.

See also: Could Instagram have become a successful, independent business?

Read next: Hackathon survival guide: 9 things to make the most of a hack event